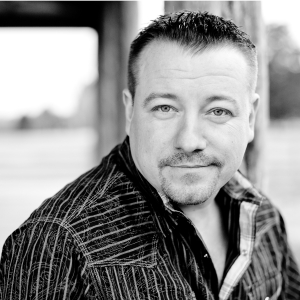 Loudermilk is consider one of the finest young players and voices in bluegrass today. Influenced greatly by his father and grandfather, Edgar Loudermilk cut his teeth on bluegrass by learning to play bass to the legendary record, "Bluegrass Album Band Volume 1" record.

Surrounded by music at an early age, he was only nine when he began playing bass in his family's band, Loudermilk was also exposed to the great music of some of his famous relatives, The Louvin Brothers. He continued to play in his family's band until joining Carolina Crossfire. The band had quite a following and it wasn't long before he decided to try his hand at on a larger professional scale, a decision that has made him a staple for elite artists in bluegrass music.
Loudermilk previously toured with award winning bluegrass queen Rhonda Vincent, followed by a gig as bass player and tenor singer in Marty Raybon’s (then newly formed group) Full Circle. He would back up Marty Raybon for almost five years.
In 2006, Loudermilk took over the bass playing and singing duties and became the newest member of IIIrd Tyme Out, replacing longtime bass player Ray Deaton in July, 2007.