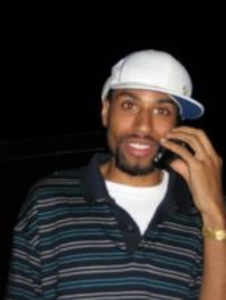 E Philz (born: Ian Philip Roberson) was born in July 1980 in Passaic, New Jersey. E loved music and listened to WBLS Hip-Hop on Saturday night as early as 1986. After moving to Texas in 1992, E became more invovled in writing music and poetry as a way to connect with life and friends back home. Living in Texas and visiting Jersey every summer made E's style form into something unique. E formed close friendships with JayBee (beatmaker/producer), and Big Slugga (rapper). E wrote and essay and received a partial scholarship to the University of North Texas. While study music, E linked up with a local band and began performing his lyrics to rock music in the dorms. In moved to El Paso to study Electronic Music and Screenwriting at the University of Texas at El Paso. Here he linked up with producer Terrance Hilton, and artists like Vito, Mike Corleone, Kemp a/k/a K-Matic and END. Going back to New Jersey in 2002, E then got together with long time friends Lethal Weapons (T-1, Bada Bang, Maine Mumbles) and recorded several songs produced by other long time friends, The Symphony and Tek 1. E also worked with Smoke Masiah, Clams, Gotti, Donny (producer), Locked 4 Life Records, and N-Tune productions. E is also known for freestyling throughout Passaic, Paterson, Harlem, Washington Heights, and Long Island. In 2006 E moved back to Austin, Texas where he has made the base for 730 Enterprizes. Currently working with S Type Jag, DJ Loc, Young Jazz, K-9, Fat Belli Beats, Truescribe Beats, Big Slugga, and the team from back home. Look out for mixtapes hitting the whole world this year from 730 Enterprizes.
0
What's This
Advertisement