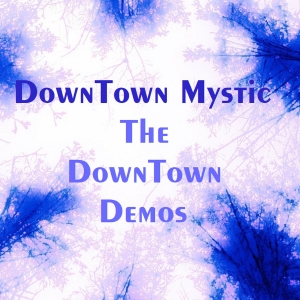 The DownTown Demos contain 6 new tracks and unlike anything previously released by DownTown Mystic. Instead of a live band, there's just beats. DownTown Mystic writer/producer Robert Allen comments, "I hooked up with the Bong Bros. for some experimentation and this is the result." What also makes the release somewhat unique is that the new songs are demos for a studio project that has yet to begin recording. Robert adds, "The idea is to show the process of how the project proceeds in real-time, from demo to finished product."

The sound of DownTown Mystic is “vintage yet modern”, continuing in the legacy of rockers like Tom Petty and Bruce Springsteen. The music is rooted in all the great traditions of American Rock‘nRoll, blending storytelling songs with vintage guitars and analog recording into a unique style that somehow manages to sound as contemporary as anything currently available. For influences think Buffalo Springfield meets Rockpile.

Other Radio achievements include a few #1 albums on the AirPlayDirect Top 50 Rock/AAA Chart, a #1 single and #3 album on the Roots Music Report Charts, #1 on the European Independent Music Chart and the Top 25 Euro/Americana Chart, as well as debuting in the Top 5 Most Added on the Americana Music Assn. (AMA) Radio Chart.
2
What's This
Advertisement