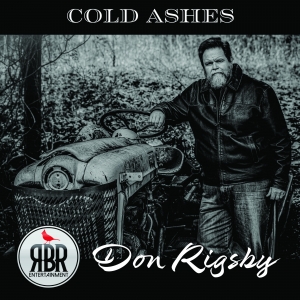 
MISTY - FEATURED RELEASE
"There's 2 things about this song. The first being, when I heard the Ray Stevens version of 'Misty', I felt like it was really good music and the musicianship on his version, even as a child, really knocked my socks off. The second thing is, when I was a teenager, about 19, I had a little regional band and we recorded this song way back then, like over 30 years ago. I liked our version of it, but I always felt there was just more to the song." - Don Rigsby

These Days I Stand Alone
“These Days I Stand Alone” is a retrospective, autobiographical look into the journey of Rigsby’s multi-faceted musical career. Although he has released solo albums before, Rigsby has generally been associated with group projects. This single, co-written with Billy Droze, is set to appear on a forthcoming album, and represents the beginning of a new era in Rigsby’s musical development.

DON RIGSBY BIOGRAPHY
Bluegrass veteran Don Rigsby’s reputation speaks for itself. The award-winning musician has been a member of top bluegrass music groups including The Bluegrass Cardinals, JD Crowe and The New South, and the Lonesome River Band. A two time Grammy nominee, Rigsby has won two SPBGMA Traditional Male Vocalist of the Year awards, multiple IBMA trophies, and contributed vocals to a Grammy-winning album by rocker John Fogerty.

In recent years he has been dividing his time in a variety of band configurations like the Band of Ruhks and Flashback. While he hopes more dates will open up with those bands, Rigsby has decided he needs to hone in on his solo work.

“There’s no animosity, no hard feelings, no ill will amongst any of us, but we’ve all come to the conclusion that for the time being it’s best to focus on things that we have some measure of control over,” Rigsby said in an interview near Grayson Lake close to his home county. “You can’t say we’re not going to take any dates ourselves because we might get a date with Band of Ruhks or Flashback. I can’t afford to do that. In this kind of economy and with the nature of the music business now, I’ve come to the conclusion I probably need to ramp up my long game and kick it up a notch as far as trying to do solo work.”
49
What's This
Advertisement