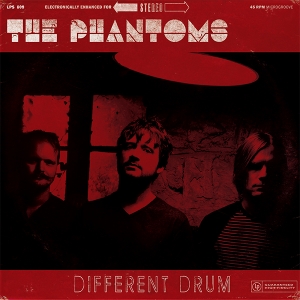 The Phantoms began in 2011 when Andrew Simple decided it was time to return to his Rock roots. Side-tracked by his eponymous Indie-Folk solo effort (not unlike Jack White’s recent foray into the comparatively lighter side of Rock & Roll), Simple assembled a band and started writing and recording one song at a time, immediately seeing early signs of success with placements of The Phantoms’ music in film (Smoking Aces, S.W.A.T.), and TV (ABC's Make It or Break It, and multiple commercials for Windows 8/Microsoft, and Lowe's). Most recently, their single, "Make it Beautiful", was chosen for a major cross promotion campaign for the New York Jets.

Simple grew up fronting a host of Rock bands throughout high school and college, touring all over the US. Each band seemed to morph into the next, and after 7 years of touring he decided it was time for a reprieve and began focusing on his solo/acoustic work. "Many great Rock riffs were written on acoustic guitar and then transferred to the rock band palette,” Simple explains. “I write most all my songs on acoustic and them bring them to the band setting.”

So, while Simple's solo work was keeping him quite busy, he inevitably was bitten by the sharp teeth of the Rock & Roll bug once again. "It was time to turn up the volume, you know? I'll keep doing the solo acoustic stuff, but I can't help but pour my heart and soul into this band as well...there's nothing like that great rock riff that hits you in the chest."
7
What's This
Advertisement