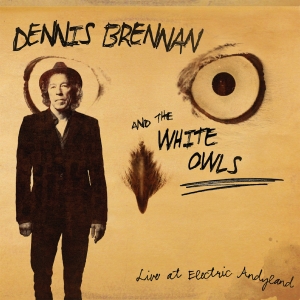 Dennis Brennan has been acclaimed as one of Boston’s best singer-songwriters for longer than most locals can remember. The music on Brennan’s many albums falls loosely into the Roots Rock/Americana category, but his songs have always been clearly influenced by his deep and esoteric love and knowledge of Blues and Soul music. For a few years now Brennan has held down a weekly dive-bar residency with a brilliant band of simpatico players dubbed “Dennis Brennan and the White Owls,” just to celebrate and explore their take on the blues. Their debut album, “Live at Electric Andyland,” captures the sound and feel of the band at their edgy, live best, featuring songs from the likes of Johnny Guitar Watson, Mose Allison, Willie Dixon, Jimmy Reed, Bo Jenkins, Big Al Downing, and the Rolling Stones, as well as original compositions by Dennis and the band. This is a deeply satisfying album, one that some of us have been waiting for for a very long time
7
What's This
Advertisement