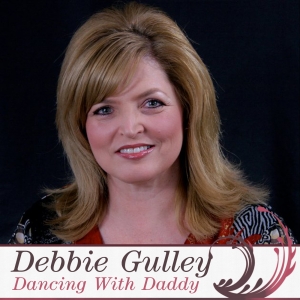 Debbie Gulley, hailing from the Kentucky horse country region and drawing her musical roots from local legend Loretta Lynn and Country music icons Connie Smith and Tammy Wynette comes from Cropper, Kentucky in Shelby County where she has been singing professionally since the age of 13. Country icon Jimmy Skinner helped Debbie bring her talent to Nashville at the young age of 16 where she performed on the Mid-Nite Jamboree, The Little Roy Wiggins Show and Ernest Tubb Gospel Show. In 1989 she was the State of Kentucky “Country Showdown” talent winner and then the Southeastern U.S. Regional winner, earning her a televised appearance on the Grand Old Opry stage.


However, it was on the Renfro Valley Jamboree where Debbie Clark met Steve Gulley back in 1983
and they have been together ever since as friends, singing partners and husband and wife for the past 22 years. Recently Debbie has enjoyed guest appearances with the Dale Ann Bradley Band and Steve Gulley & New Pinnacle. She also appears on multiple popular Bluegrass recordings including the Daughters of Bluegrass, Steve Gulley - Sounds Like Home, Steve Gulley – Family, Friends and Fellowship and the TV special and CD / DVD Christmas The Mountain Way.

“I love the song that our friend Russell Allen of the group “Locust Ridge” wrote. Russell had approached me about singing a demo because the great Dolly Parton was asking for some of his songs. I was more than honored to do so. I visualized every word of it in my mind. Life is a dance and my final dance will be with our King, our Lord and Savior.” – Debbie Gulley
6
What's This
Advertisement