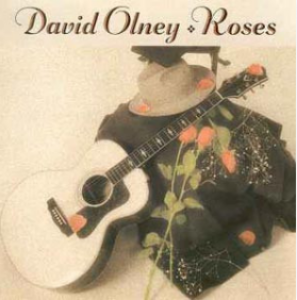 A celebrated singer/songwriter with over 20 albums to his credit, David Olney has been described as "Nashville's answer to the Bard." In addition to his own albums, Olney is a highly respected songwriter who has co-written with or been covered by Johnny Cash, Del McCoury, Steve Earle, Emmylou Harris, and Townes Van Zandt, among others. Though a folksinger at heart, he incorporates wide-ranging inspirations from honky tonk to rock into his standard repertoire. Born in Rhode Island, Olney moved to Nashville during the early '70s and became a major player in the city's underground folk/country scene. He gained a contract with the folk label Philo several years later. Though his first half-dozen albums were recorded before the end of the decade, Olney's output during the '80s slowed considerably. He returned to Philo in 1995 with High, Wide and Lonesome, recorded with an impressive cast of roots rock all-stars -- Rick Danko, Garth Hudson, Sneaky Pete Kleinow, Rodney Crowell, and Brian Ahern, among others. Real Lies followed in 1997, including contributions from John Prine and Garth Hudson, while 1999 brought Through a Glass Darkly.

Omar's BluesOlney remained prolific throughout the coming decade, delivering studio albums like Omar's Blues (2000), The Wheel (2003), and Migration (2005), while his increasing popularity as a touring artist in Europe yielded three different live albums, all recorded at various locations in Holland. He began the next decade with 2010's Dutchman's Curve, followed by a series of thematic EPs -- Film Noir (2011), The Stone (2012), and Robbery & Murder (2012) -- that were later compiled into a box set. Also around this time, he began a maintaining a weekly interactive streamcast video series called Hear & Now, on which he performs a handful of songs and shares the stories behind them. Between his weekly videos and busy touring schedule, Olney found the time to release a studio album, When the Deal Goes Down, in 2014. Another studio release, Don't Try to Fight It, arrived in early 2017.
8
What's This
Advertisement