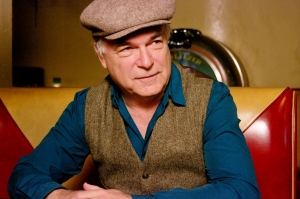 The PRESS on David Olney:

"In the tradition of Johnny Cash and Tom Waits,
Olney has become A PIONEER OF THE AMERICANA MUSIC SCENE."
-- The San Francisco Chronicle (CA)

"Olney writes unique story songs, often with an unsparing world view, and can BELT 'EM OUT LIKE A MAN POSSESSED, though he's just as likely to be subtle or funny."
-- The Star Tribune, Minneapolis-St. Paul, MN

"Olney stands out LIKE A JALAPENO IN A BOWL OF VANILLA PUDDING in Nashville. From blues and rockabilly to New Orleans swing and NOIR FOLK... a TRUE GENIUS of American song."
-- Houston (TX) Press

“Olney's deep, hard-nosed voice remains as clear and unforgiving as a punch to the face, and, as always, it's his songs of love, with their focus on tenderness and redemption, that do the most lasting damage.”
-- Michael McCall, Nashville Scene

"Anytime anyone asks me who my favorite music writers are, I say Mozart, Lightnin' Hopkins, Bob Dylan and Dave Olney. Dave Olney is one of the best songwriters I've ever heard - and that's true. I mean that from my heart." -- Townes Van Zandt


About David Olney:
============
Legendary Folk-Blues Performer/Songwriter David Olney and his live
performances are converting new audiences while continuing to give the fans what they want.

And continuing to give the fans what they want, David Olney spent early 2008 recording “Live At Norm's River Road House, Vol. 1” (Deadbeet Records) - his quintessential live album. Norm's River Road House is a small listening room in West Nashville, TN, which has become known for its electrifying music as well as killer live shows from regular performers David Olney with Sergio Webb.

Having just performed at SXSW 2009 in Austin, and the Celtic Connections Festival in Scotland followed by a UK/Ireland tour, David is touring in support of the new live recording and his critically acclaimed current studio album - "ONE TOUGH TOWN" (Red Parlor Records). That album has earned a spot on several "Best Of" year-end lists online and in The Rochester (NY) Democrat & Chronicle, The Nashville Scene (TN), The Montreal Gazette (Canada), Rhythms Magazine (Australia) and others.