Songs of Hope and Inspiration 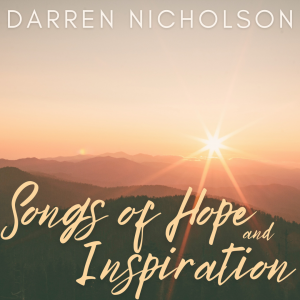 Darren Nicholson is a bluegrass and Americana musician based in Haywood County, in the mountains of western North Carolina. A Grammy nominee and a recipient of multiple International Bluegrass Music Association Awards, Darren has appeared countless times on WSM's Grand Ole Opry, at the Ryman Auditorium, CMT, GAC, and many of the world's most famous venues and networks. Currently, he records and tours as a full-time, founding member of Balsam Range, with all sorts of collaborative efforts each year. Darren is also renowned as a solo artist, session musician, and songwriter.

Darren was a featured performer on Bluegrass at the Crossroads' Ground Speed, which took home the Instrumental Recording of the Year honor at the 2021 IBMA Awards. In November of 2021, Darren released "Man on a Mission," his first recording of all-original music.
7
What's This
Advertisement