Darrell Webb - Breaking Down The Barriers 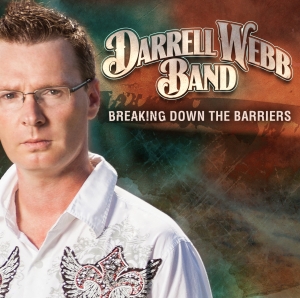 Rural Rhythm Records recently released the emotional new music video for the song “Pistol and the Pen” by the Darrell Webb Band from their album, BREAKING DOWN THE BARRIERS. The song and video involve the serious subject of depression and thoughts of suicide that have touched so many people – prompting some to write back describing their own personal experiences and struggles.

“We are happy that the National Suicide Prevention Lifeline lent their support for the Pistol and the Pen video by allowing us to use their logo and phone number on the video for those in need of help,” said Sammy Passamano III of Rural Rhythm. “For anyone seeking help by the National Suicide Prevention Lifeline they can call 1-800-273-TALK 24 hours a day 7 days a week.”

The video was filmed at Johnson University in Knoxville, TN and Keenland Farms in Sevierville TN. All cast members are either current students or alumni at Johnson University with the exception of the band. The cast includes: Darrell Webb (lead actor), Laura Cox (suicide girl), Brad Cox (belt), Connor Seale (suicide guy), Jake Joines, Jeremy Arrowood, Jared Hensley (graveyard singers), and extras. The video was produced by Sammy Passamano III and Darrell Webb. It was Directed by Sammy Passamano III who also filmed the project along with Jeff Tolbert. “Pistol and the Pen” was written David Vincent Williams, Skip Ewing and A.J. Masters.

Johnson University has been home to other Darrell Webb projects as he recorded his previous album, BLOODLINE there as well as the vocals for BREAKING DOWN THE BARRIERS. Darrell’s wife Amanda also is employed by the University.

MORE ON THE DARRELL WEBB BAND

The Darrell Webb Band received a nomination by the 2012 International Bluegrass Music Association (IBMA) for Emerging Artist of the Year. The band was a featured artist on a recent episode of Rural Rhythm’s BEHIND THE DREAM™ TV Show that premiered on BlueHighways TV last month. They were also seen on the recent Lost Echoes Production TV special BLUEGRASS COMES TO THE VALLEY Part 1 and Part 2 that aired last month on Reno’s Old Time Music on RFD-TV.