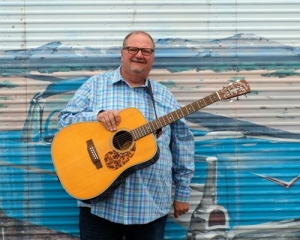 Since Danny’s father Bob Paisley (founder of Southern Grass) passed away in 2004, Danny
Paisley and The Southern Grass have made their own niche in the bluegrass world.

With Danny Paisley, IBMA’s 2016 male vocalist of the year on guitar, Southern Grass continues the family tradition adding Danny’s son Ryan on mandolin, the next generation of up and coming pickers. Southern Grass welcomes back TJ Lundy (after a brief hiatus) as the band’s fiddler. TJ Lundy is a highly respected fiddler bridging the gap between old time fiddling and bluegrass music.TJ is a warehouse of fiddle tunes! Southern Grass also includes:

Mark Delaney (formerly with Randy Waller and the Country Gentlemen, and Darren Beachley &
Legends of the Potomac) on banjo; and Bobby Lundy on bass.
17
What's This
Advertisement