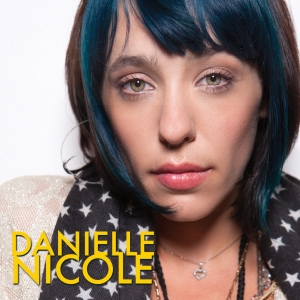 A 2014 Blues Music Award winner, there’s not a time in her life that singer/bassist/songwriter Danielle Nicole (born Danielle Nicole Schnebelen) doesn’t remember loving to perform. As a child, she would sing for her family at holidays and took tap, jazz and ballet lessons for many years competing in numerous events. Danielle also took band in middle school, playing the tenor saxophone and enjoying it quite a bit. Unfortunately, she was forced to quit when the family moved to Kansas City and the new school did not offer band.

Danielle comes from generations of singers. Her grandmother, Evelyn Skinner, was a big band singer. Danielle’s mother, Lisa Swedlund, taught her everything she knew while growing up and listening to all different kinds of music from the Everly Brothers to the B-52s.

It wasn’t until she was 12 that Danielle took to the stage for the first time singing, Koko Taylor’s “Never Trust a Man” at a Blues for Schools program that her parents were playing at Englewood Elementary. From then on, she knew music would be her passion for the rest of her life.

Danielle began singing in coffeehouses and at open mic events at age 14, jamming with her parents whenever she could at clubs that would allow minors. At 16, she began singing lead in her father’s band, Little Eva and the Works – until he became too sick to play. In March of 1999, she started her own band, Fresh Brew, with Kansas City music veterans Steve Gronemeyer, Steve Hicks, Chuck Payne and Terry Roney. They performed for four years and even represented Kansas City in the International Blues Challenge.

It was during this time that Danielle and her brothers Nick and Kris began talking about a family band that would eventually become Trampled Under Foot. Not only did she and Kris have to move to Philadelphia (where Nick was living), but she would have to learn the bass guitar to keep it a family band. It took a few years of lessons and saving money before that could become reality.

After several acclaimed self-released albums, Trampled Under Foot released Badlands on July 9, 2013 on Telarc, a division of Concord Music Group. Toughened by years of nonstop roadwork, Badlands revealed a musical sophistication well beyond the band’s years.

On Badlands, the band worked with veteran producer Tony Braunagel at his Ultratone Studios in California. The drummer in the Phantom Blues Band, Braunagel played some percussion on the album and recruited veteran keyboardist Mike Finnigan (Jimi Hendrix, Bonnie Raitt, Etta James) to play keys. Johnny Lee Schell, who also recorded the album, added acoustic guitar to one track and John Porter mixed the final results at Independent Street Studios in New Orleans.

Badlands debuted at #1 on Billboard’s Blues Chart and Trampled Under Foot performed live throughout the United States and Europe in support of the album.

As Trampled Under Foot wound down after 13 years, Danielle formed her own band and now makes her Concord Records solo debut with the March 10, 2015 release of a New Orleans-flavored, blues-soul based EP, featuring GRAMMY®-winning producer-guitarist Anders Osborne, Galactic’s co-founding drummer Stanton Moore and her regular keyboardist Mike “Shinetop, Jr.” Sedovic.

The self-titled EP is an introduction to Danielle as a formidable solo artist. A full length album is currently scheduled for release in late summer 2015, featuring more music created in New Orleans with Osborne, Moore and Sedovic.
10
What's This
Advertisement