Daniel Crabtree - The Way I See It 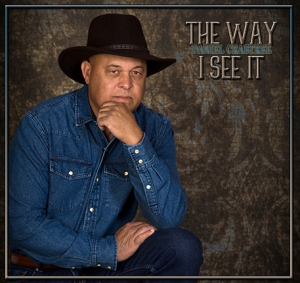 “The idea for the song Sally Sunday came when a friend and I were talking one day, and he told me he wished someone would write a song about his grandmother because he thought she was such a unique individual and her life story was so unique. So I told him to tell me about her, and as he told me some key points about her life and personality, I wrote down some notes and put this song together.
The names have been changed to protect the innocent.” -Daniel Crabtree

Song Bio:
Daniel Crabtree offers up a new upbeat bluegrass song, “Sally Sunday,” from his upcoming CD, The Way I See It.

This will be Daniel Crabtree’s fourth album since The Gospel Road, In the Shadow of His Wings and The Storyteller in Me. Daniel Crabtree celebrates a recent cut by award-winning bluegrass artist Larry Sparks: “Take Me Back to West Virginia.”
A popular single that was well-received from his last album was “Piedmont Train,” which earned “Best Bluegrass Song” at the International Music Awards in 2020.

List of songs on the album:
Sally Sunday
Cotton Pickin’ Town
Master Of The Wind
Life Of A Railroad Man
Hobo King
He’ll Change Your Life
No More Battlefields
On The Run
Three Feet Away
The Gam’bler, Levi Jones
Til We Meet Again
On Angels Wings I’ll Fly
Give it to God
3
What's This
Advertisement