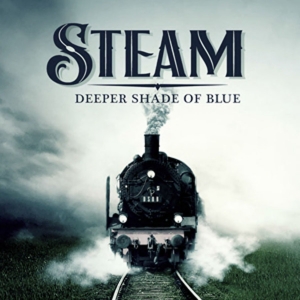 Mountain Fever Records is proud to announce its newest addition to the label, Deeper Shade of Blue and their upcoming release "Steam." It's available to consumers June 29th 2018.

The title track, which is also the first single, "Steam" is written by Troy Pope and Mark Brinkman, and featuring Pope on lead vocals with baritone and tenor provided by Jason Fraley and Scott Burgess respectively. "Steam" is about a man who talks a good game until it's time to show action.

Deeper Shade of Blue has been together for 18 years, lauded as a top notch vocal group and one that regional festivals consistently add to their lineup. Before they got together as a solid band, Troy, Jim and Jason saw one another around playing gigs; all three living in the same county just south of Charlotte, NC. One day Jim called Troy to see if he wanted to get together to sing, play his guitar and jam with he and Jason. They decided then that if they liked their combined style they would start playing and get started booking shows together. They’ve been rolling on ever since. Adding Frank Poindexter in 2008 and Scott Burgess in 2015; Deeper Shade of Blue has strong roots in traditional bluegrass, bringing it full steam into the modern bluegrass forefront of today.

WILLIS, Virginia (May 4, 2018)—Mountain Fever Records is proud to announce the addition of Deeper Shade of Blue to its growing roster of outstanding artists.

North Carolina can once again be credited for producing great bluegrass. Hailing from just south of Charlotte, Deeper Shade of Blue is comprised of Jim Fraley (banjo/vocals), Jason Fraley (mandolin/vocals), Troy Pope (guitar/vocals), Frank Poindexter (dobro), and Scott Burgess (bass). The band has been together just over 17 years and have self-produced six albums. A quick search on YouTube will no doubt prove why this band has been a favorite in their home state for years. With their tight harmony singing, they've been lauded as a top notch vocal group and one that regional festivals have added to their lineup consistently. With the addition of Mountain Fever Records to their team and a new album in the works, fans can expect Deeper Shade of Blue to make waves on a national scale very soon.

“We are so happy to be working with Deeper Shade of Blue," says Mountain Fever Records president, Mark Hodges. "These fine artists have a great reputation as top-notch talent and have been longtime favorites of bluegrass fans. At first, their fine vocals caught my attention, but after seeing them perform many times, their ability to captivate the crowd is what caught my eye. Every time I see them perform they steal the show. We’re proud to have them join the Mountain Fever family!"