Craig Bickhardt - Home For The Harvest 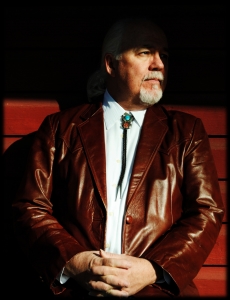 When Craig Bickhardt steps onto a concert stage, he comes equipped with his trusty acoustic guitar. A side musician or two will frequently join him. He’s also accompanied by something invisible, yet ever-present: the stories of a lifetime, vividly translated into words and melody.

From the boisterous club scene of Philadelphia to the country-rock milieu of Los Angeles to the picking parlors of Nashville, Craig has immersed himself in the sights and sounds of American music. His music reflects a life lived as a rock band lead singer, a solo troubadour, a dedicated songwriter, a husband and father. Dreams, heartaches and hard-earned lessons have fed his creativity. There is no other way he could’ve written the eloquent, often bittersweet songs that have become his trademark.

“I start a lot of songs because I feel conflicted,” he explains. “I may begin from a point of darkness, but I usually end up writing towards the light because, for me, hope is the thing worth singing about. The characters in the stories I sing aren’t heroic; they’re very ordinary. But they’re reaching for something beyond themselves, and I find nobility in that.”

Craig is a singer/songwriter of the old school – you can hear echoes of such ‘60s folk revival artists as Tom Rush, Gordon Lightfoot and Eric Andersen in his work. Added to this is the melodic sophistication of a Jimmy Webb or a Paul Simon, as well as a spare but telling lyric approach. “I admire songwriters like Woody Guthrie and poets like Robert Frost because they created functional art,” he says. “Too much music today is just for the singer, not for Everyman. I think of my work as a ‘Please Touch’ museum – I want my songs to be sung until they’re worn out.”

Also crucial to Craig’s art is his virtuosic guitar work, interweaving folk, blues, country and ragtime influences into a unique whole: “The guitar isn’t just an accompanying instrument for me – sometimes it’s the front man and my voice is the accompanist. Folks like Mississippi John Hurt, Bruce Cockburn, John Renborn and Ry Cooder have inspired me to challenge myself and really speak through my playing.”

Craig came to music as something of a family inheritance. His father Harry worked at WIP radio in Philadelphia and moonlighted as a big band musician. As a youngster, Craig absorbed everything from Johnny Cash and Marty Robbins to Stan Kenton and Duke Ellington. At 14, Craig found an old guitar in the family attic and taught himself to play. Soon he was writing songs and performing at venues like Philadelphia’s famed Main Point.

The Philly club scene shaped his emerging musical style. “I was lucky to grow up in a town that was a melting pot for musicians,” Craig says. “I got to hear lots of R&B as well as the great folk performers of the late ‘60s and early ‘70s. It taught me that nothing moves people like a great song sung with some passion.”

By the mid-‘70s, Craig was co-lead singer/guitarist with Wire and Wood, an eclectic country-rock quintet that won a fervent East Coast following. The group opened for the likes of Bruce Springsteen and Stephen Stills before relocating to L.A. in search of a record deal. Craig and his compadres succeeded in attracting the interest of Bob Dylan’s former manager Albert Grossman, who signed them to his Bearsville label. Unfortunately, Wire and Wood’s album was never completed and the group called it quits soonafter.

Craig had already been through another life-changing ordeal a few years earlier. One night, he awoke to find that the house he shared with his band mates was on fire. He barely managed to escape before the place collapsed in flames – and came away with a revelation: “At that moment, everything in the world felt luminous again, like it did when I was young. That experience made me realize that my happiness didn’t depend upon possessions or status. I suddenly felt free and very grateful to be alive.”

This brush with mortality also re-motivated him as a musician. After Wire and Wood dissolved, Craig secured an assignment to write and sing songs for Tender Mercies, a country music-themed film starring Robert Duvall. This led to a lengthy residency in Nashville, where he saw his songs recorded by such legends as Ray Charles, B.B. King, Johnny Cash, the Judds (Martina), Tony Rice and Alison Krauss.

All the while, Craig kept on playing his music live, mostly at the Bluebird Café and other clubs in the Nashville area. The call to the stage grew stronger after he released his first solo album, Easy Fires, in 2001. Five years later, he returned to his Philadelphia roots and fully came into his own as a solo performer. By the end of the decade, Craig had won a new legion of fans on the East Coast and beyond through opening gigs for the likes of Judy Collins, Kathy Mattea and Billy Joe Shaver and club dates on his own.

A Craig Bickhardt live set is a mix of show biz memories, absurd anecdotes and personal confessions, accompanying a well-stocked bag of original tunes and the occasional choice cover. His decades in music have given his performances the depth of experience – his love songs seem sweeter and more poignant, his narratives more true-to-life than they could have in the past.

“I think people come to my shows to be reminded that there’s something profound in the small stuff we experience every day,” he says. “My goal is to get an audience to look deeper at the things we all take for granted.”

Craig Bickhardt travels light to his gigs – but he brings a great deal to the stage. He combines a seasoned troubadour’s easy command of his art with a beginner’s passion to win over his next audience and top his next song. The stories of his lifetime are simply too good not to share. - Barry Alfonso