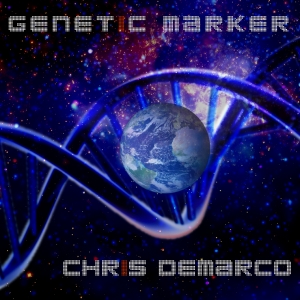 Chris DeMarco started his musical career in 1969 with the band North, together with Denny Carmassi (Montrose and Heart), Jim Alcivar (Montrose) and Michael Wexler. In 1971 Chris joined The Tangerine Zoo in Boston and went on the road for 6 months. Living in Boston when not on the road, he hung with future rock legends, Steve Tyler and Joe Perry (Aerosmith) and sang on the first demos recorded by Tom Scholz (Boston). January 1972 found Chris and Roger Prescott (Pop) driving across the country to start a band in Hollywood. From then and through the 70’s he bounced back and forth between Hollywood and New York City playing with a virtual “who’s who” of rock and roll musicians, culminating with the formation of his band Riff Raff that was signed to Island Records.

DeMarco has also given his musical influence to documentaries, television and radio commercials as well as two film scores. Troma's War released in 1988 by Troma Entertainment featured music composed and produced by DeMarco, including the title track "Alive". Toxic Avenger III - The Last Temptation of Toxie was released in 1989 (also by Troma Entertainment) with music composed and produced by Chris DeMarco based on the music of Antonin Dvorak.


In 1994 Chris and his wife Charlotte left New York and settled in the Atlanta, Georgia area and music took a back seat until 2006 when Chris recorded the album Lost and Found, released early 2007. This album weaves together DeMarco’s past and present musical contributions into one cohesive work, featuring many talented musicians including Dick Wagner (Alice Cooper Band), Tommy Talton (Gregg Allman Band and Cowboy), and Barry Richman (Lynard Skynard) on Guitar; Billy Langley on Keyboards;  Rhys Clark (Billy Joel Band and Freddy Fender Band) playing drums; and Jim Fielder on Bass. Billy Joel and Michael Monarch (Steppenwolf) appear on the bonus track Sail Away.

Chris DeMarco latest album entitled Genetic Marker took two years to complete and is without a doubt his best work to date. It was recorded at Dreamco Music Studio and released June 2016. The cover art includes some thoughts that correlate to the album title and songs: “Where did we come from? Why are we here” Where are we headed? The answers to mankind’s eternal questions may be in our code… our lives determined by fate written eons ago. Or, are we free to alter our destiny through events… like love and war.”

The resulting product is an album that any fan of classic rock will enjoy. No two songs sound alike, and all have a story to tell. It is a musical tapestry with influences of blues, reggae, country and pop. DeMarco’s vocals are close and captivating, the melodies and harmonies are inspiring. Fans of everyone from Pink Floyd, the late, great David Bowie to those who like to lay back with Fleetwood Mac – are a perfect fit for this new release.

Chris DeMarco – The 80’s was released by Dreamco Music in 2008, but recorded in the early 80’s at The House of Music in West Orange, NJ and Media Sound Studio on 57th Street in Manhattan. Some of the great musicians who played on these tracks include Bob Kulick (KISS, Meatloaf), Doug Katsaros (Aerosmith, BonJovi, Elton John), Thommy Price (Billy Idol and Joan Jett), Ron Wood (Blue Oyster Cult), and Yogi Horton (John Lennon, Aretha Franklin, The B-52’s).

Chris DeMarco The 70’s - Riff Raff was recorded in 1977 at Media Sound Studio on 57th Street in Manhattan and Caribou Ranch in Colorado. The band Riff Raff was comprised of Chris DeMarco, Ned Liben, Ray Hennigan, Jimmy Lowell and David Lanik. The band was formed after Chris and Ned met while visiting a mutual friend in the hospital. Ned and his band mates were looking for a singer and someone to write their songs. Within two weeks Chris had turned their riffs into songs and recruited Sid Bernstein as their manager. Riff Raff played gigs at Copperfields and CBGBs in The Village. The band became the talk of the town and many famous musicians showed up to see them play, including Led Zepplin, Mick Jagger, Peter Frampton and Paul Stanley from Kiss. Paul Stanley wanted to produce the band, as did Felix Pappalardi (Mountain). Riff Raff was signed to Island Records. The album was finally released in 2010 by Dreamco Music.

DeMarco served his country and was wounded in combat in Vietnam where he was a Recondo LRRP (Long Range Reconnaissance Patrol). Subsequently, his unit became part of the Army’s 75th Ranger Regiment. From his time in the military through his decades long musical career, his commitment to being true to himself and remaining uncompromisingly honest in his music has never wavered. “Waltzing in a World Without Love” from Genetic Marker exemplifies this, a voice speaking out concerning today’s violent world. Each song is personal and reflects Chris’ journey of love, dreams and war. Chris DeMarco’s music and artistry has indeed stood the test of time.

You can find Chris DeMarco’s recordings on iTunes among other digital outlets, and the physical CDs can be purchased directly through his website www.chrisdemarco.com and music retailers such as CD Baby and Amazon.