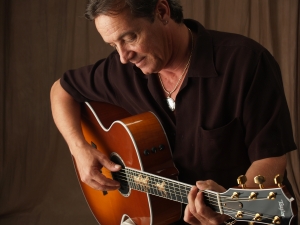 
The Coconut Telegraph’s
ENTERTAINER OF THE YEAR!

SIR C. W. COLT
Legends like Clarence Clemons, Jimmy Buffett, Bertie Higgins and Shel Silverstein – all are famous musicians who lived in the Florida Keys. Some locals here were fortunate enough to be able to see them before they moved on or passed away and the stories they tell us and pass down to their children are what makes a legend.
A couple of weeks ago I went to a party at the Holiday Inn. Over a sea of people drinking cocktails, someone started playing a guitar and I grabbed my camera and took off running when heard the voice. It was a slightly raspy yet refined, soul/country, kinda amazing voice. There, in person, was C.W. Colt! One of the most talented and prolific songwriter/entertainers to ever grace this giant rock we call the Florida Keys is Sir C. W. Colt, who is proud to call the Keys his home.
]Let this star-struck writer tell you some amazing things about this famous entertainer.
Coul William Colt won his first talent contest at 5 years old, impersonating the great Elvis Presley, singing and dancing. At age 10, Chet Atkins taught him his first guitar chords and he started his own band in San Antonio, Texas.

At age 12, C. W. was entertaining troops as far away as the Philippines, Thailand and Okinawa.

At age 16, he moved to Colorado where he mastered the banjo and fiddle, playing on a mountain. There he started a band called Free Lunch that included world-class slide guitarist Sonny Landreth.

Turning 30, C. W. was performing with Jimmy Buffett, Alvin Lee, Bo Diddley and Edgar Winters. He worked with Rita Coolidge, Bill Champlin and Ronnie Hawkins in Jim Carrey’s first movie “Copper Mountain” in Colorado. Later that year he recorded “The Cowboys Lullaby” with Patsy Montana and then toured with her.

A few years later ,in Santa Rosa, California, C.W. diagnosed with cancer in his neck and had major surgery where a tumor was removed lowering his vocal 2 octaves. Recovering in the Keys C. W. Colt‛s band was the house band at Rumrunners at Holiday Isle, and together with Willy Williams and Judy Justice organized the Bay Jam the slogan was “Just Say Yes” (Yearly Educational Scholarships).
Sir Colt calls himself a “Caribbean Country Blues Master” and has written over 200 songs; each one distinctly different from the rest. Colt‛s title comes from the world-famous salvager Mel Fisher, who knighted him as The Conch Republic Royal Minstrel.