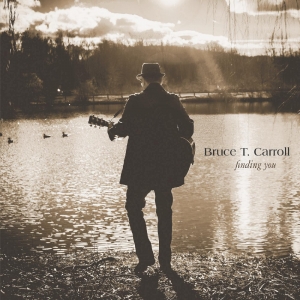 Bruce T. Carroll’s new EP, “Finding You,” is the perfect follow-up to his first official album release “Ruckus and Romance,” hailed by No Depression Magazine as “devilishly brilliant” and “intensely beautiful.”

“Finding you,” a six-song EP, is a sort of lyrical tone poem, with the theme of finding or regaining, something that might be missing or lost.
The opening song “Fox In The Henhouse” may, or may not be, his definitive statement on the state of the union.

After years spent "lost in the wilderness" of music and commerce (i.e. building and running a venue in Larchmont, NY, the famed Watercolor Cafe), Bruce T Carroll has returned to his roots and his first and abiding love: lyric songwriting.

With the release last year of his first official album Ruckus and Romance, and a great cast of musicians helped make Ruckus and Romance such a distinctive work and included Clifford Carter, David Spinozza, Marc Shulman, Sara Milonovich, Tracy Grammer, Nicole Alifante , Porter Carroll, Lincoln Schlieffer and Joe Bonadio.
Ruckus and Romance garnered significant airplay worldwide, including being featured on WFUV's "On Your Radar" hosted by John Platt, who called it "an accomplished album, attuned to the zeitgeist of the moment".