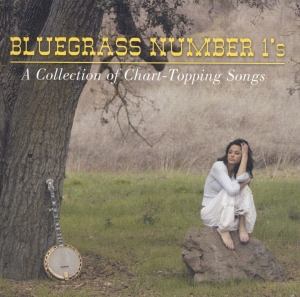 The idea of bluegrass "hits" seems like an anomaly, but on this two-disc, 26-song collection, some of the finest contemporary pickers and singers show their wares. And they're good wares, to say the least. Whether it's on the introductory tune, "Lonesome Wind Blues" by Rhonda Vincent, or the country leanings of "We're Steppin' Out Tonight" by Bobby Hicks with Del McCoury, the first disc has a very impressive flow to it. At times, it's not the mandolin or banjo-blazing songs in the vein of Ricky Skaggs or Bill Monroe, but the somber, folk-sy dirges like "Who Will Watch the Home Place" that are instantly attractive.

Later on is another gem from Lynn Morris called "Mama's Hand," which brings to mind early Dolly Parton. The fun-loving, boogie-driven "Thirty Years of Farming" results in a grin-inducing tune, despite singing about the problems of the American farmer. Alison Krauss lends her trademark sound on "New Fool,", a mid-tempo tune rounded out by her stellar supporting cast. Bandmember Dan Tyminski gives a good performance on the laid-back "Carry Me Across the Mountain." This is in direct contrast to the old-school, rollicking toe-tapper "Riding the Danville Pike," courtesy of Blue Highway. Perhaps the highlight is "Bed by the Window" by James King, which sounds like Hank Williams or Vern Gosdin. Laurie Lewis also brings to life "Tall Pines," which is more of a roots-tinted tune than traditional bluegrass. More of the traditional influences are felt on the high yodeling of "I've Been So Lonesome."

A second disc consisting of eight tunes begins with the rousing instrumental "Whistling Rufus," by Tom Adams and Michael Cleveland. Open Road has the blueprint down pat, sounding as if they're performing around one microphone with a single dim light bulb overhead during "I'm Not Perfect." One of the better tunes on this second disc is the Gillian Welch-like rendition of "My Warfare Will Soon Be Over," by Ginny Hawker. Only "Goin' Where I've Never Been Before" surpasses it; the latter is a blistering and infectious tune that, like so much of this collection, does the genre a wealth of justice.
6
What's This
Advertisement