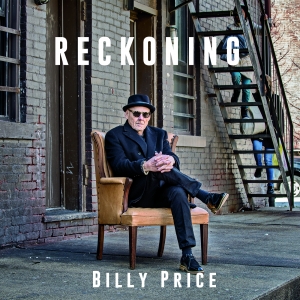 Billy Price has been performing throughout the East Coast and the world since the early 1970s, when he was featured vocalist with guitarist Roy Buchanan. In May 2016, Price won a Blues Music Award (Best Soul-Blues Album) for THIS TIME FOR REAL, his collaboration with Otis Clay, produced by Duke Robillard.

RECKONING, scheduled for a June 15, 2018 release through the Vizztone Label Group, finds Billy Price singing at the very top of his game. Tracks include songs by Price and co-writers Jim Britton of the Billy Price Band and French guitarist Fred Chapellier, along with songs previously recorded by such artists as Bobby Bland, Otis Redding, J.J. Cale, Swamp Dogg, and Johnny Rawls.
7
What's This
Advertisement