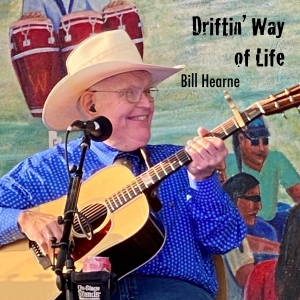 Bill Hearne has been playing Americana music since long before the term was coined. Bill began his musical career in 1968 in Austin, Texas, where he met his future wife and long-time playing partner Bonnie Cross Hearne, and bounced around the scene with other artists finding their way like Lyle Lovett, Nancy Griffith, Jerry Jeff Walker and Michael Murphey, who remain life-long friends and collaborators. These and many other artists will cite Bill as influential in their music and careers.
Bill and Bonnie moved to Red River, New Mexico in the late 1970’s, which became a sort of “Austin north”, a place of retreat from the heat for many Texas musicians. They later moved to Santa Fe, where he is based today. Bonnie retired from active performance in 2003 and passed on in late 2017. Bill maintains a busy performance schedule both solo and with his trio.