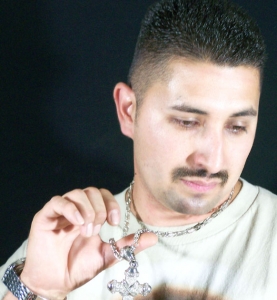 Albuquerque, NM. (Top40 Charts/ Dirty Dawg Recordz) - Big Rich Tha Don has not only captivated the nation with his poetically structured street influenced lyrics but has sold over 120,000 downloads as a solo and independent rap artist. Big Rich Tha Don's first album which is titled Southwest Gangstas has been one of his tools for recognition, along with being placed on a national and international booking roaster which has many well known platinum hip hop and R&B artists along side him.
This year Big Rich Tha Don will release a single which features MiMi Johnson R&B soul sensation out of Atlanta. Both artist agreed with the words of Russell Simmons and his view on negative rap so when the work began on Big Rich Tha Don and MiMi's new single they agreed with out any thought that this single would be a powerful message of artistry as well as NON- violent.

Come Go with me is the title of the new single which was written by MiMi Johnson and the song reflects the love that one may have for music not any music but the music that can touch or change the way that a person feels . The music was composed by OP Beats a well know producer with management ties in New York, a well known company for producing platinum status singles for major label recording artists.

Big Rich Tha Don spoke to us about his new single. (Big Rich Tha Don) My New single is one of the best projects that I have put together; it shows my ability as an artist to compose good quality radio ready song s with out violence and explicit sexual content. He also goes further to say, (Big Rich Tha Don) Hip Hop is a culture I have been around hip hop for the last 20 years and anytime a minority as my self speaks out about the unlawful acts of politics and government the artists are immediately targeted as violent and also discriminated. Racism is still in effect they just sugar coat it now with ordinances and statues.