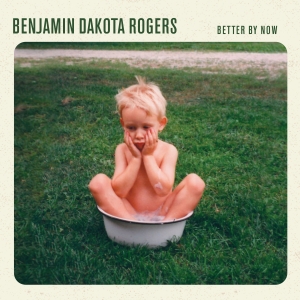 Better By Now, the title track from Benjamin Dakota Roger's fourth studio album, is a folk-pop ballad that explores the internal friction people endure when pushing themselves to swallow bitter truths and move on.

ABOUT BENJAMIN
Having grown up on a farm in Scotland, ON, Benjamin Dakota Rogers is a distinctive, emotive and gritty singer-songwriter whose sound challenges the definition of the folk genre, reaching far beyond to include influences of roots,blues and country music. Benjamin's music is genuine, emotionally-charged folk, that can only be delivered from the honesty, strength and grit of a farmboy's hands.

Benjamin Dakota Rogers makes his highly anticipated return to the folk world
with his brand new single, Better by Now, stripping the genre down to its core and emotionally charging it with the raw human experience that can only be delivered from the honesty and grit of a farm boy’s hands. Hailing from the countryside of rural Ontario, Benjamin funnels his penchant for starry nights and nostalgia into his stylized folk sound, reaching far beyond to include influences of roots, blues and country music.

Benjamin found a passion and purpose in folk music after inheriting his Great-Grandfather’s violin at the tender age of seven. From budding musician to awe-inspiring performer, his love of creating meaningful music has taken the reins and garnered much attention from folk artists and enthusiasts alike. “Rogers’ unique voice, thought-provoking lyrics, energetic performances and dynamic fiddle techniques leave this up-and-coming musician in a class of his own.” – InSpades Magazine.

With the release of his new single, this singer-songwriter and multi-instrumentalist folk-phenom proves he’s at the top of his game in every way imaginable, grasping for the stars that light up his quaint hometown of Scotland, ON. As he prepares for the release of his most ambitious project to date, Benjamin Dakota Rogers continues to redefine the genre with an infinite sound evolution that promises to deepen the path he’s already carved for himself for years to come.

"We cover a lot of acoustic singer songwriters around here, so when we do feature one it has to be good. Rogers is talented. The way he cranks up the intensity of the vocal on the “really oughta know better by now” on the chorus reveals something deep and satisfying. It’s disturbingly personal....it’ll rip your damn soul out."
EAR TO THE GROUND MUSIC
http://www.eartothegroundmusic.co/2019/02/08/indie-pop-done-right-february-2019/