Balsam Range - The Girl Who Invented The Wheel [Single] 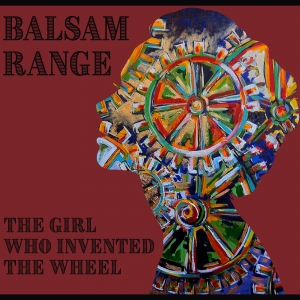 Award-winning act Balsam Range is back with a new single, “The Girl Who Invented the Wheel,” now available from Mountain Home Music Company.

“The Girl Who Invented the Wheel” is progressive Bluegrass music with a progressive theme. In a twist on the traditional love ballad, “The Girl Who Invented the Wheel” portrays a different scenario. When a woman leaves the lead character, he isn’t bitter, but in awe of her self-confidence and ability to get out of a situation that isn’t serving her. She’s not dependent on anyone — and he respects her for it.

“‘The Girl Who Invented The Wheel’ is a clever twist of a common song subject in any genre. Lost love, relationship struggles and breakups. The characters in this tale could be anyone but as a listener you quickly develop an understanding that she is a master in the art of deception and heartbreak,” says Buddy Melton, IBMA Male Vocalist of the Year. “A great songwriter and song can pull listeners into the story to the point they feel they are living it. Adam Wright is equally as masterful in creating such engaging lyrics as the characters he has created seem to be.”

The woman’s daring and bravado is matched by the song’s musical attitude. It starts with a bluesy half-time kick and falls into a 4/4 Bluegrass drive before returning to a counter beat.

“It’s a killer song,” says Tim Surrett. “It’s just 'that' girl. To meet her and then be rejected is catastrophic. It’s epic.”