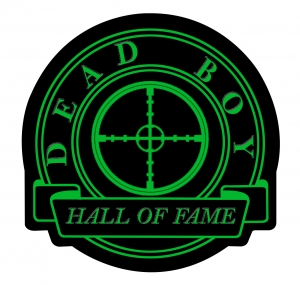 
"Like Charles Bronson’s “Paul Kersey” in the iconic film "Death Wish,” "Dead Boy Hall of Fame" by Asphalt Jones shoots the listener into a modern rhythmic hip-hop/rock experience that vocally ricochets a unique tale of a hero fighting crime by taking justice into his own hands." ~ Randall Franks, American Actor/Entertainer

"While listening to "Dead Boy Hall of Fame" I immediately pictured someone roaming the mean streets and looking for some payback. It is hard-hitting and powerful. This song paints a very vivid picture that draws you into the story it tells." ~ Patrick Sassone, Singer / Songwriter / Actor

DEAD BOY HALL OF FAME
“My motivations and inspiration for writing the song, Dead Boy Hall of Fame.”  ~ Dr. T. Roberts
“Some people will never like you because your spirit irritates their demons.”  ~ Denzel Washington

“The two most important days in your life are the day you are born and the day you find out why.”  ~ Mark Twain

“Trust gets you killed, love gets you hurt and being real gets you hated.”  ~ Johnny Cash

“I am deeply inspired by and have great respect for Denzel Washington as an artist, a professional and as a human being.   This is a man of great talent, mind, spirit and soul.  His standards for excellence in craft and creativity are clearly and easily demonstrated by and within his body of notable works.

One night I was watching his first ‘Equalizer’ movie again and when it was done I was once again reminded of his deep humanity and desire to do for others more than for himself; pure grace.  I started to pray asking for knowledge and a deeper understanding of a man’s personal calling to serve God on the highest level of righteous distinction towards the betterment of mankind, no matter what the circumstances.  It was during this time of prayer and inspired discernment that God delivered to me the lyric and melody of ‘Dead Boy Hall Of Fame’.

I grabbed my phone and went to my computer.  It only took about 10 minutes for me to write the lyrics and record the melody and first vocal version of the song.  I was imbued with a reverential synergy, a message divine in nature and purpose.  I was living within an anointed state of mind, body and word that was strictly focused upon the uniquely intense moment that you will serve justice to those of evil intent and deed.  I began calling out to them their arrival and entrance into the ‘Dead Boy Hall Of Fame’...

Over the next few days while I was working on the melody and looking for a suspenseful, hypnotic underlying track to sing / rap over, I began to hear my brother Asphalt’s voice and guitar appear on the track.  When I called Asphalt he immediately got a vibe on the song and asked me to forward the lyrics and rough phone recordings that I had.  Together we completed the song very quickly over the next few weeks… it all came together very naturally.  The track was recorded in Hollywood, CA. The rest as they say is history.”  ~ Dr. T. Roberts

ABOUT ASPHALT JONES
Asphalt Jones is a man that is literally from everywhere.  He was raised by a Veteran mother who valued the greatness/strength in our diversity.    Asphalt immersed himself with all of those values and put them into play real time.   This along with walking the asphalt “everywhere” is exactly what has shaped him musically and beyond.

Asphalt Jones came to the streets of Hollywood in the late 80’s, and began his journey into the belly of the music industry.   He started off as a guitar tech, working for some of the biggest bands on the sunset strip.  Even though he had musical aspirations of his own, he knew that he had to learn things from the street up.   He had to put his feet to the Asphalt, struggle, adapt, grow, and be coachable.   He had to walk 10,000 blocks of destiny, and walk uphill a thousand times.

That hill was Sunset and Clark… the block that spawned some of the greatest bands in the history of the world.

All of these events eventually forged Asphalt  into a recording artist, playing guitar in a band he founded called Asphalt Messiah.  They were heard throughout the world on international radio, have performed live opening for major artists, and eventually signed a distribution deal with the Universal Music group.

However, it was time for new challenges!  So he now has fully stepped out on his own as a solo artist, ready  to introduce Asphalt Jones to planet earth!