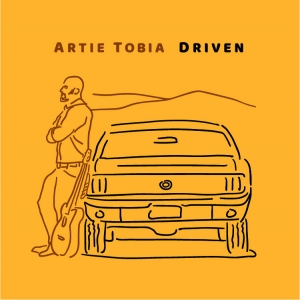 Westchester's Own Artie Tobia Releases New Record
Westchester County resident and Roots Rock Americana artist Artie Tobia ‘s most recent album, Aberdeen flawlessly presents a whisky-infused, granular vocal that will draw you into his musical reality. The album, which dropped on June 26th was well received by fans and is collecting favorable reviews as his best yet.

Listening to the title cut, Aberdeen is like taking a stroll through Artie’s magnetic soul. With his initial guitar strum, Tobia draws us into a lonely, thoughtful evening as he ruminates on a romantic relationship. During his contemplation Tobia finds himself walking beside a white wolf with a red tail hawk circling above. The symbolic white wolf and red tailed hawk become players in the theater of his mind, expressing his thoughts and interpreting his final conclusions that, despite a detour through the dark forest, these two never lost sight of the very love that brought them together in the first place.

“I write about people I know and places I go. I write to create songs that become a part of the soundtrack of your life. If I connect with you and make you laugh, cry or sing along I have done my job.” Tobia said. “There is a piece of me and you in every one of my songs.”

Aberdeen marks his fourth record and first with members of his band including long time friend Mark Barden on guitar, Mark Bridgman on bass and Stuart Stahr on drums. Special guest appearances by Nicole Alifante adding some great harmony and Kevin Meyers skillfully adding keyboard to several of the songs support the nine songs revealing the complex characters and stories experienced by the talented singer/songwriter.

Maintaining a busy schedule for the past number of years playing 200 plus nights a year in clubs, festivals and house concerts he has created a reputation of being easy to work with on and off the stage.
That reputation has provided the recent opportunities to support Kenny Wayne Shepherd, Chip Taylor and American Idol winner David Cook most recently.
In the end Artie’s songs can transport the audience to a place, a time or perhaps a person as they connect their own stories to him. His songs are comfortable and have a familiarity to first time listeners. In one of the musician’s many humorous tales, and perhaps a song still waiting to be written, he recalled a recent encounter at the end of a show; a new fan came up to shake his hand and thanked him stating “ I haven’t’ heard some of those songs in years.” Trouble was he had never heard any of them before.

Alternate Root Magazine Aberdeen Top Ten Song of the Week
Artie Tobia dreams of “Aberdeen” on the Top Ten Songs of the Week for Saturday, August 15, 2015.
#10 Aberdeen - Artie Tobia (from the album Aberdeen) - Artie Tobia paints a dreamscape with words and music in “Aberdeen”, the title track from his most recent release. Artie walks with the white wolf following the circle of a red hawk as he watches the moon rise to bring on the night.
Listen and buy “Aberdeen” by Artie Tobia from AMAZON or iTunes

Artie Tobia is not a household name. He’s a folk rock troubadour, a singer songwriter, who has learned as he’s grown, and with each show and each recording gotten better.

“I am grateful I get to play music 200 nights a year as a solo artist, acoustic duo or with a full band,” Artie said. “Whether it’s opening up for a national act, playing a festival, a house concert or playing a local club — I am in the trenches every night, a foot soldier in a tough industry.”

I met Artie via email when he released his first CD, The Parade (2001) and we’ve stayed in touch that way, and over the phone since.

His latest CD, Aberdeen, is his best to date. Artie just writes good songs with a country, folk, rock flavor.

On the title cut “Aberdeen” he sounds like a country-tinged Springsteen.

Whereas “Boom, Boom, Boom” has The Doors “Roadhouse Blues” feel to it. Every cut is a standout.

Along his journey he’s shared the stage with Kenny Wayne Shepherd, Chip Taylor and David Cook.

“I have great fans and have made some friends along the way,” Artie said. “Music can do that ... introduce you to some folks who can illuminate your life.”

For more go to www.artietobia.com