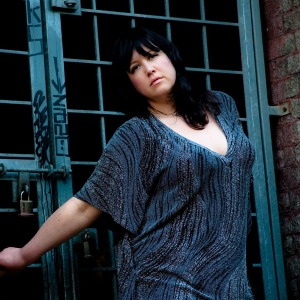 Anne-Lise's debut solo release, I'm Alive [2006 EP], was an affirmation of arrival and survival in the music world. The EP was entirely written, composed, arranged, performed, recorded and produced by Anne-Lise, in her studio. Belying its one-woman origins, I'm Alive appeals to a wider, shared experience, exploring tales of love, loneliness, the pursuit of dreams and the seduction of envy.

In May 2008, Anne-Lise performed a ground breaking acoustic set of her original music by accompanying herself with her cello at Amanda Easton's PopTarts. This led to a support for Sophie Serafino at The Basement in October. Two songs from that concert became the "b-sides" to Anne-Lise’s 2009 limited release single, "Could You Be The One (I’ve Been Looking For)".

The latest one-woman production is the new album Planets Aligned. "I learned a lot from releasing I'm Alive. This abum has better production than I’m Alive, is slightly more experimental and I have brought my cello into the mix to complement my sentimental groove. Making music as a solo performer isn’t exactly what I had planned, but now, I couldn’t imagine doing my music any other way". Planets Aligned explores themes of personal reflection, dissecting relationships, shattered illusions and the resolution of such with the discovery of new lust, love and finally contentment.

Planets Aligned is full of silky masterful lead vocals and backing vocals with a rich layering, reminiscent of 70s soul and disco. Anne-Lise has made full use sound textures, with sweeping string synthesizers, a traditional Fender Rhodes, exotic percussion, beat driven melodic bass lines and a mixture of traditional pop funk style drumming and dance drum loops. Planets Aligned is an album for those who crave passion, human emotion, musicianship, melody and power in their music.
2
What's This
Advertisement