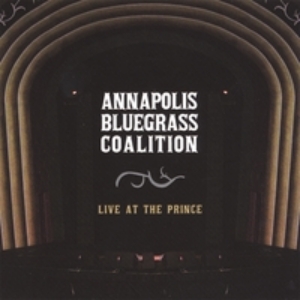 For some time now, fans of the Annapolis Bluegrass Coalition have been asking the Coalition to put some of their cover tunes on a CD. After every show, fans would ask if this song or that song was on the band’s current CD, Foolish Pleasure, and were a little disappointed that it did not feature the likes of Salty Dog Blues or Orange Blossom Special. The Coalition decided the best way to answer so many requests was to record their next CD in a live concert format.

Across the Chesapeake Bay from the Coalition’s hometown of Annapolis, Maryland, an area Marylanders call the Eastern Shore, is Chestertown; a quaint river town that dates back to colonial times. Like other towns on the Eastern Shore, Chestertown is proud of it’s colonial heritage and life there is good. On the main street, there is an old building that use to be the town’s first movie theater. Originally known as the Chestertown Lyceum, the building has been transformed into a magnificent performing arts venue and is now called the Prince Theatre.

The Annapolis Bluegrass Coalition had performed at the Prince Theatre several times before. They liked the acoustics, were comfortable there and had been well received. So when deciding on where to record a live CD, the Prince Theatre was their first choice. On November 18, 2006, the Coalition set out to answer the requests of their fans with a new CD.