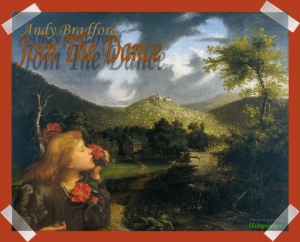 Andy Bradford has been around for years but mainly in the background, writing for some of the biggest names in the industry. As an artist in his own right, he has performed all over the UK at both festivals and small venues alike. He is a grafter and love it best on stage playing in front of any amount of people who have bothered to turn out to his gigs. He has appeared on the same stage bill as Custers Last Band, The Travelling Billberries, Alan Taylor and Paul Field. at festivals on the same stage as Steve Earle And Steve Harley and the cocknet rebels to name but a few.

His blend of styles of music make him an easy listen and a good bet for anyone looking at maybe booking him for a show. He has a wide repetoir including a vast library of his own music and an even bigger library of traditional and contemporary music from all over the world.

Andy is never more at home than when he has a guitar in his hand. "though he would be the first to admit that there are better players out there. As a writer, his style has gained a strong rep in the music scene and people of all ages have enjoyed at least something from an Andy Bradford Song. His New Album "Join The Dance is a blend of contemorary Folk to celtic folk mixed with his own brand of Acoustic rock/blues. This Album is culminating in a small intermate tour of folk clubs around the country.

This is mainly acting as a hello back to the folk scene for Andy Bradford playing gigs such as the Candy Sessions in Glasgow on the 23rd July and the Cosmopoli also in Glasgow and a charity gig at the Bradford Bulls Stadium. "These will hopefully open the door to bigger gigs next year as I realise that this tour was very last minute." Says Andy Himself.
3
What's This
Advertisement