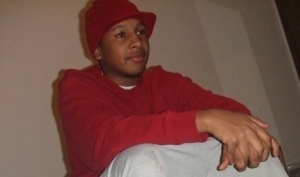 Recording Artist Amaron "Amtrak" Mathis officially started his music career in 2005. Since 1998 At the age of 12 he first discovered his love for hip-hop music when listening to Jay-Z's "Reasonable Doubt" LP. "after listening to that CD, i knew immediately Hip-Hop was something that i could really see myself doing and being apart of. From the production, to the lyrics, the flow, the sound, it really captured me in a way that nothing has before and i was instantly hooked and look where i am at today" In his later teen years he would write different types of literature's from poems, short stories, rhymes ETC, but always kept his passion to himself. In 2005 he was introduced to current artist developer/producer Anthony Teague and after doing a 2 hour session from freestyling to ciphering written lyrics, Anthony Teague felt that Amtrak was a special Artist and felt the need to take him in
Amtrak then devoted his time perfecting his craft by blazing several mixtapes through Big Bang Records, recorded a duo album entitled "All odds against us" with fellow group member Tuff Laun, and even co produced a DVD featuring local talent from the Cedar Rapids area he grew up in. Amtrak has work with several different djs from DJ Young Mase, The Real Home Team, DJ jimmy jam, DJ Dona and more. Amtrak is set up to release his debut Solo Album "Follow Me" and is very excited about the upcoming project. "I felt the need to name my LP 'follow me' because right now the game is all about coming up with different gimmicks and not being yourself. After this album drops I'm 150% positive that people will take a good listen to my CD and realize that its absolutely OK to be themselves and not try to be something their not. I feel that I'm setting a trend by not following trends so maybe people will follow suite and make music from the hearts and not whats just 'Hot' at the moment. I don't care who you are or what your into i will promise you there will be something on this album that you can absolutely relate to and have a better understanding on who i am and exactly what i represent. I have a few special guest on the album including Dipset, Grafh from Blackhand, and Sha Stimuli, so I'm very excited with the project Ive been working on and the way it came out"
0
What's This
Advertisement