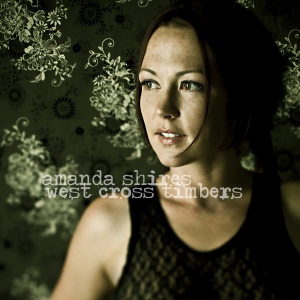 Amanda At A Glance

Not to mention she plays the ukulele darn well, a trainer of Scottish Squirrels & Maine Chickadees, Pin Magnet Smith and keeper of Holly Hoo Hoo

"Amanda Shires leans back on her heels, bears down on her bow and evokes the spirit of Spade Cooley. With a voice that whispers Dolly and lyrics that scream Faulkner, this girl shines like a diamond, but she's pure Pearl." --
Justin Townes Earle


West Cross Timbers is a charming marriage of classic folk and country forms to youthful originality. I trust that artists of Ms Shires' caliber will keep the tried but true heart of folk and country music beating into the next generation."

"Amanda Shires is an extremely talented young lady who has her own instantly recognizable style of playing and singing, and onstage she's impossible to ignore." -Jason Isbell (Drive-By-Truckers)

"I remember sitting in an airport waiting for a plane and my drummer Kenney running up and saying 'there's a girl here you gotta hear' and we walked up and there she was this beautiful girl with a fiddle standing by herself and smiling and playing and I said 'How about some Faded Love?' and she played so pretty that Kenny and I missed our plane. America needs pizzicato."-
Chris Isaak

"Amanda Shires' voice, songs and violin make the hairs stand up on the back of my neck. In a good way."--Will Kimbrough

" "She is a fiddling maestro...At times her energetic, jittery vocals and eccentric lyrical subjects mark her out as a young female heir to the godfather of strange, Mr Tom Waits. In her more conventional moments Shires sounds like the weird young niece of Dolly Parton."--Americana UK

Amanda is a singer and fiddler with western-swing roots who has moved from Texas to Music City. Hersweet country vibrato and the steel-and-fiddle production have earned this track airplay on WSM. It comes from a lovely little CD titled West Cross Timbers. Recommended."--Robert k Oermann, Music row

"She certainly impressed a lot of UK music lovers with her fine fiddle work, expressive vocals and all-round charm."--Maverick

"It was her years playing with the Thrift Store Cowboys that really expanded her musical horizons and pointed her in the general direction of where she is now...she fit right in, adding her violin and occasional harmony vocals to the band's atmospheric Americana -- a moody, twilit sound not unlike the one that haunts "Mineral Wells" and other West Cross standouts like "Mariann Leola" and "Unwanted Things."--Texas Music Magazine spotlight