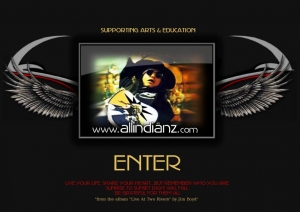 All Indianz Promotions is one of the world's largest premier promotional sites for Independent, Unsigned and Signed Native American artists and successful, independent mainstream artists of diverse genres.

Members include some of the country's most experienced artists who have stood the test of time; becoming some of the most celebrated and award-nominated, award-winning artists of today. You will find up and coming new artists making a name for themselves and some of the most ground breaking musical artists in music history.

All Indianz/ LRT / INgrooves Fontana / Universal promotes to Major FM / AM radio stations throughout the US, Canada and Australia; and a select few Major Internet radio stations. We promote music to major and independent film companies, music & television producers, entertainment magazines and much more.

There is something for everyone at All Indianz. Just press play.