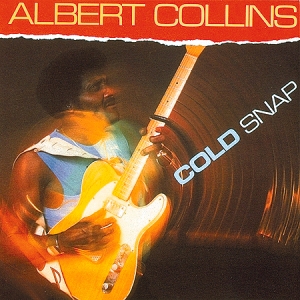 
Albert Collins blew out of Texas with a battered Fender, an unheard-of minor key guitar tuning and one of the most exciting live shows in the history of the blues. With 150 feet of guitar cord, he would lead his horn section through cheering audiences, and often out into the street, snarling traffic as the crowds followed. They called his reverb-drenched style "The Cool Sound," but Albert set the blues world on fire.

It didn't happen all at once. He cut a series of seminal R&B instrumental 45s in the early '60s, waxing a national hit with "Frosty." Later, during the 1960s "blues revival," he played San Francisco's Fillmore and was a fixture on the psychedelic ballroom circuit. Before and after, there were tough times, playing with organ trios in Kansas City (where he met his wife, Gwen), and later playing small gigs up and down the West Coast, including a high school prom attended by a young Robert Cray. Years later, they would team up with Johnny Copeland for the Grammy-winning Showdown! album.

In 1978, after signing with Alligator, Albert assembled a team of crack Chicago musicians that he dubbed The Icebreakers. For 15 years, they stormed stages around the world, hailed as one of the most thrilling blues bands ever. Along the way, Albert played with everyone from Eric Clapton to David Bowie, appeared in movies and videos, and received virtually every major award the blues world had to offer.

Offstage, he was the humblest of men, living quietly in a small apartment with a motorcyle parked in the living room. He was never happier than when he was behind the wheel of his road-worn tour bus, driving gloves on, sometimes covering 1000 miles non-stop to go straight onto the bandstand.

With his untimely death in 1993, Albert left a legacy of brilliant recordings and overwhelmed audiences. Yet he always called himself "no big thing." And of his music, he said "ain’t nothing but the blues."