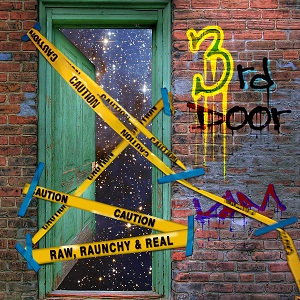 Creeping up from the depths of Georgia, crawling across the desert from LaLa-Land and down through the rust-belt. Via the swamps of Louisiana, the frozen tundra of New England, and various points of heaven and hell in between, these guys eventually collide, congeal and fester in a lean-to shack on the outer edges of Music City-ville, USA. With some amplifiers and an extension cord they begin the process, working it up through the gut to the mind and out the mouth, fingers and feet to the ears of a frantic, rock starved public.
“Hey man, what kind of music do you guys play?”
Well, uh, if you take some Stones and mix in a little Elvis C...no, imagine that Albert Collins’ illegitimate son had run away from home and joined Little Feat and...some fans call it "thinking man’s rock&roll"...or was that "drinking man’s rock&roll?...? Hmmm, there’s one way to know for sure.
They’ve spoken the work on stages throughout the south and on their new CD release 3rd Door. To listen is to experience a revelation.
Kit Dennis came of musical age in Boston wreaking rock&roll mayhem in cool bands with cool names like The Infliktors, The Classic Ruins, and The Lyres. In the late 20th century, fate and destiny conspired to migrate him to Nashville, eventually joining the conspiracy we now know as 3rd Door. Kit plays a Fender Jazz bass, digs The Yardbirds and has a pretty decent record collection featuring British R&B, 60’s soul, and blues.
Michael Saint-Leon, born in Seattle, raised in Los Angeles, shanghaied to Nashville. An epiphany experienced during his tender years involving The Beatles set him on an irreversibly obsessive path through garages, nightclubs, roadhouses in search of a nirvana of noise which was revealed to be 3rd Door. Michael plays Stratocasters amped by Tremoluxes fed into Marshalls. His turntable spirals ever inward on the grooves of The Clash, Chris Whitley & The Detroit Cobras.
Paul Synder first breathed life and developed musical consciousness in Augusta, GA. Early on he began terrorizing family and neighbors with his incessant rhythmic pounding on whatever percussion instruments he could lay sticks on. His abilities were appropriated by musical outfits such as The Platters, Vassar Clements, and Tracy Nelson as he followed the timeworn path to Nashville, TN. Serendipity provided a meeting with Michael which bore the fruit of 3rd Door. Paul plays Gretsch drums (except on alternate Thursdays when he sets up his vintage Ludwig kit). His I-pod is maxed out with Led Zeppelin, Police, and some chick singers too. No Celine Dion...