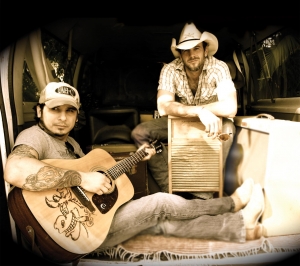 "These Mules don’t have many rules, but here’s one they live by: Country is meant to be played loud, fast and hard. That’s the plan of attack for 29 Mules, a Los Angeles band known for their brash “garage country” sound...29 Mules plays hard-edged country that’s beloved by dancers, lurkers and elbow-benders alike."
- Bill Locey, Ventura Star (Aug 10, 2010)

"29 Mules are unabashedly ballsy and rowdy as f--k. The thing is, they actually write some f'ing good songs. They take their Texas roots seriously and their style is straight up country and ain't scared of it, but they bring a californiacated and hard punching twist to it. On the surface these guys appear to give less than a sh*t what anybody might think of them, but it doesn't take much digging to reveal the sensitive boys they really are."
- Eric Rasmussen, FarWest Almanac (May 09, 2009)

"...Only fate could be responsible for such chemistry — the result of which is balls-to-the-wall, boot-to-the-booty, hip-shakin’, rock solid, smart, sexy, badass country music. That’s not to say there isn’t the occasional sun-kissed ballad in the band’s 500-song repertoire, , but inasmuch as a country band can genuinely rock — 29 Mules does."
- Michel Cicero, Ventura Weekly (Aug 12, 2010)

29 MULES have a raw, riotous, soul-filled sound. They call it Garage Country. Fusing southern rock and outlaw country with psychobilly and Americana roots, their live shows have a dynamic energy that gets the crowd on its feet, rushing the stage, swinging, stomping and sweating!

Songwriting duo, Casey Cannon & Xavier Gonzalez met in Los Angeles while working at Guitar Center and instantly connected upon discovering they both had roots in Texas and the wilds of the Mojave Desert. They grew up listening to Waylon and Willie, the Hanks and Johnny Cash, and after playing around in the heavy rock & punk scenes, they have drifted back to their roots. Seasoned with the chain-gang inspired chants of harp player Dave Spangler, the boys cooked up a swampy new sound. With the addition of legendary drummer, David Raven (Keith Richards, Norah Jones, Carlene Carter), and one of the best bass players around, Johnny Griparic, (Slash, Carole King), they have broken genre boundaries and gained a global following. Their CD “80 Feet Deep” is a worthy, unabashedly ballsy follow-up to their first CD “No Rules for Mules.”

The band has toured with Stoney LaRue, shared bills across the West with with Robert Earl Keen, Hank Williams III, Lucinda Williams, Bruce Robison, Asleep at the Wheel, Southern Culture on the Skids, Ryan Bingham, Delbert McClinton & Michelle Shocked. They have made a major contribution bringing country back to the Southern California scene with their popular Wednesday night hootenannies at Ireland’s 32 in the valley, with live performances on L.A.’s KXLU 88.9FM, KCSN 88.5FM and Indie 103.1’s Watusi Radio. From Seattle corporate gigs to Texas honky tonks, the Mules always leave the crowd sweaty & hollerin’ for more.