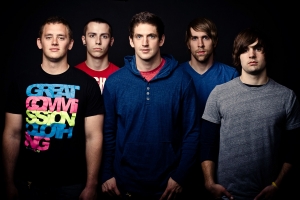 A Past unknown formed in the Spring of 2009 looking to be a band to influence the masses with their music. After releasing their 3 song Demo in the spring of 2010, they began to build a following around the nation, touring throughout the summer and writing for their up coming full length album being recorded by Jamie King(Between the Buried and Me, Alesana, For Today) in December. A Past Unknown continues to build a following while touring non stop for the 2011 year.
0
What's This
Advertisement