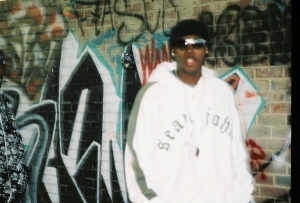 Known for hard work and a hustler's ambition, 1Reazn is a "Jack of All Trades". He is known and respected under many titles, including: entrepreneur, radio broadcaster, promoter, DJ, song writer, producer, creative developer, and liaison of the ambitious, among other things.

The 23 year old pioneer is constantly in motion, networking to cross bridges and working hard to build the future. Growing up in east Atlanta, 1Reazn developed skills and relationships that naturally led him in the direction of music, entertainment, and entrepreneurship.

1Reazn works with rising stars such as Jeron Ward of Royal Flush Ent., T3 Beatz of the St. Louis production team the Beatsterz, Barracuda Brown of Seaweed Productions, Imani Gardner, Yung Wyze, and many more. He is a Sagittarius and a natural born leader.