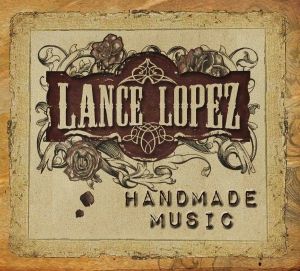 There's no doubt about it, the state of Texas is well known world wide for its fiery blues guitar players.

Even just a cursory look will reveal the state's rich tradition, which easily rivals Chicago and Mississippi for producing players who have been both originators and contributors to the legacy of the guitar's significant role in the genre's history. Dating back to the 1920's with "Blind" Lemon Jefferson, continuing through the 1950's with such legends as Freddie King, T-Bone Walker and "Lightning" Hopkins, with the advent of the rock era of the 1960's the pressure cooker exploded.

Albino blues giant Johnny Winter, from Beaumont, in 1968 was signed to what was then the largest advance in the history of the recording industry---$600,000. Houston's ZZ Top, with the Reverend Willie G, i.e. Billy F. Gibbons - armed with a '59 Les Paul- during the 70's went from being "That little ol' band from Texas" to being world wide ambassadors with their unique brand of deep blues infused boogie rock.

Although disco and subsequently new wave lessened blues rock's influence in the late 70's, by 1983 it was another native Texan, Dallas born Stevie Ray Vaughan, whose combination of raw blues mixed with Hendrix styled pyrotechnics spearheaded yet another resurrection as the genre rose its evil head once again. A breath of much needed fresh air amongst the synth heavy offerings on MTV and radio airwaves of the time, the guitarist's massive influence has extended long beyond his untimely, tragic death twenty years ago.

One such player whom Vaughan touched the soul of was young, gifted blues/rock axeslinger Lance Lopez. Although born in Shreveport, Louisiana, at the age of 12, his family moved to Dallas, where with the exception of a spell back in New Orleans and Southwest Florida, the guitarist has called his home ever since.

A professional musician since the age of 14 when he began playing local bars in and around the New Orleans, Louisiana area, at 17 he was hired by soul great Johnnie Taylor, with whom he toured for six months. By 18 he was hired as the band leader of blues legend Lucky Peterson's band, spending three years touring throughout the world.

It was while with Peterson in Europe that he struck up a close friendship with the larger than life drummer Buddy Miles, subsequently becoming the guitarist for The Buddy Miles Express for a brief time. The former Band Of Gypsys legend would go on to mentor Lopez, leading to him co producing his debut album 'First Things First', along with Grammy winning producer Jay Newland (Norah Jones) which was released independently in 1998.

From 2003 to 2007 Lopez recorded, and released three studio and one live CD for a small independent label, Grooveyard Records - all of which were heavily influenced by another of the guitarist's main influences - Jimi Hendrix. Despite the hindrance of being released on such a label, the albums are all prime examples of post Hendrix heavy blues, filled to the brim with awe inspiring fretwork, which led to him garnering a cult following amongst guitar fanatics world wide.

After a three year break, Lopez returned with a Jim Gaines (Stevie Ray Vaughan, Buddy Guy, Santana) produced studio album 'Salvation From Sundown'. Intentionally conceived as a more traditional Texas blues styled offering, it's the guitarist's most mature recording to date, showcasing strong songwriting while still retaining the red-hot fretwork which has elicited none other than guitar god Jeff Beck to call him "A very exciting and intense blues guitarist". His first release on a major label MIG Music/String Commander. In Europe in November 2011 MIG Music released the follow up to 'Salvation From Sundown'. A very strong Hard Rocking/Blues offering entitled 'Handmade Music'. 'Handmade Music' is full of well crafted songs and Lopez's signature searing guitar work. Again, Lopez working with Jim Gaines, recorded this entire album in the legendary Ardent Studios in Memphis, Tennessee. Ardent was also where Led Zeppelin, ZZ Top, Stevie Ray Vaughan, George Thorogood and others made some of their greatest works. 'Handmade Music' shows him poised to take his rightful place as one of the finest blues players on the planet. Texas has its guitar heroes, not least of which is Johnny Winter, Billy Gibbons, and the legendary Stevie Ray Vaughan. And here's another to add to the list: Lance Lopez.