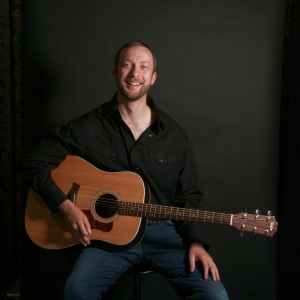 Stewart Maclennan is an American-Scot with an eclectic blend of influences in his music. His songs are a potent mix of country, blues, and folk music delivered in a rich baritone voice.

Born in 1977 in Houston, Texas. In his early teens he discovered the music of The Beatles, Eagles, CCR, Led Zeppelin, and AC/DC to mention a few. Not long after a friend introduced him to the electric guitar and he began lessons with Ethan Atkinson, a great teacher with a wide variety of expertise in jazz, blues, classical, and popular music. After a year he turned his energy toward the classical guitar and a life long affair with music had officially begun.

In 1998 he embarked on full-time music studies at Stevenson College in Edinburgh, where he was taught by Ian Smith. After three years of hard work, he was accepted into the extremely competitive BMus Degree course at Napier University, Edinburgh. With the inspirational teaching and encouragement of the reknowned Roger Quinn, he began to grow into a sensitive musician with a talent for writing and arranging music for guitar.

In 2005, he was rewarded with a BMus Honours Degree. Since then he has devoted his time to writing songs and maturing as a working musician, teacher, and producer. Debut album 'Maybe For A While' available now at www.stewmacmusic.com.
1
What's This
Advertisement