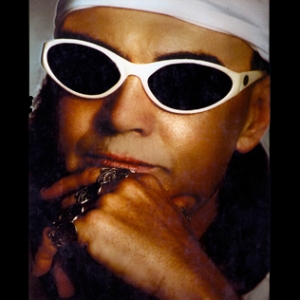 Stevie Diamond was born in Caerphilly Wales to Australian parents and not long after returned to his parents homeland living in North Queensland before moving to the Gold Coast where he settled.

At 17 his talent raised the opportunity to perform in front of over 2000 people on piano and vocals his performance giving way to standing ovation. It was from that moment Stevie knew he wanted to keep performing and creating music.

Due to life commitments Stevie’s creative side took an extended hiatus until when in 1996 Stevie was introduced to Michael Hutchence, the former INXS front man. It was this meeting and ensuing friendship that changed his life forever. His music career was rekindled, he took up his guitar and has been playing and writing ever since.

One enchanted moment, Michael said to Stevie “Write your music for you and for your heart and soul. Look for the little white light and don’t lose your focus. If the world loves yours music then that is a bonus, and if they don’t like it so much you have already been paid haven’t you!”

Inspired by this statement Stevie created a myriad of songs, which branched out to include movie scores and rock operas.

The inspiration and love Stevie has to this day for Michael Hutchence transcends through all of his music, which is truly a labour of love. The inaugural first single titled Heavenly Bliss was written for Michael’s daughter Tigerlily as a gift from her father through Stevie. The track is accompanied on the B side by ‘Universal Child’ also for Tigerlily.
0
What's This
Advertisement