"For Your Love" by saxophonist Rick Britto 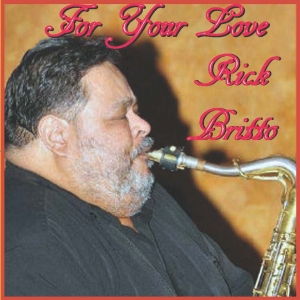 Rick Britto is a well known jazz musician from the New England area.

Rick's latest recording projects include: Trine: " +1", "In The Sky" and "Conversations with Erik & I" and "For Your Love" all released on the new TrineArc Music label!

In the world of popular music, Rick has performed with many R&B recording acts from The Drifters and The Tuneweavers to Tavares and even Queen Latifa to name a few.

Rick Britto is also a well known jazz educator from the New England area. A graduate of Berklee College of Music, he is a faculty member at both the University of Massachusetts Dartmouth and Wheaton College instructing private lessons for saxophone and jazz piano, directing music ensembles and teaching Jazz Theory and African-American Music History.

He has taught younger students locally by assisting band directors for both New Bedford and Old Rochester Regional High School Bands for years and currently teaches a few gifted younger students privately in his home. Rick has also adjudicated many concerts, clinics and competitions in school districts in Massachusetts, Rhode Island and Connecticut.

Rick also owns a recording studio, Saurus Studio, where he has produced numerous projects for radio & television and engineered, recorded or mastered recordings for many artists locally.

Latest projects include CD mastering for "Union", Cheryl Conte: "Fortress", "O Caboverdiano" and “Boa Vista” by Cape Verdean guitarist and cavaquinho player, Tazinho, Andy McWain Ensemble: "Resemblance", Trine: "Politics", Trine: " +1", Rick Britto - Matt Richard: "In The Sky" and his latest projects Conversations with Erik & I" and "For Your Love" both released in 2011.

His newest venture is into the world of visual art! He just debuted his first piece of digital art work, "Mind, Body & Soul" a digital self-portrait, at Gallery X in downtown New Bedford as part of the Public Hanging Art Exhibit in August of 2010.
10
What's This
Advertisement