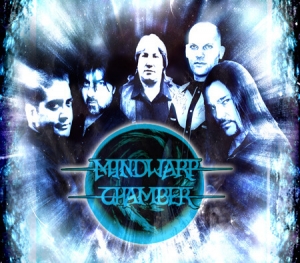 Mindwarp Chamber, based in Chicago, IL. consists of musicians well respected in the industry. They have all joined forces, blending their unique styles to create a very progressive and melodic style of music, filled with technical prowess, mellifluous passages, and displays of virtuosity.

In the few years since their formation in 2006, Mindwarp Chamber has gained quite a following. Vocalist Scott Huffman and Keyboardist Ed ‘Shreddy’ Bethishou formed the band out a desire to create music with no boundaries or compromises. After a few initial lineup changes, Brent Sullivan, bassist extraordinaire, stepped to the fore and help to write what went on to become a nominee for Best Metal Album of 2008, Delusional Reality

Their critically acclaimed first full length CD "Delusional Reality" is available on Netherworld Records online and at select online music stores. In 2008, the band parted ways with guitarist Jerry and added Michael Cerna to the fold. His style fit perfectly to bring Mindwarp Chamber to the next level of creativity and virtuosity. In early 2009, the band lost bassist, Brent Sullivan, due to creative differences. In came Marc Malitz, former band mate of Ed's from Imperial Rage, to fill the void and help make Mindwarp Chamber achieve their new, ever evolving, epic sound. The band has just finished their second CD entitled, "Supernova". The new CD instantly attracted the ears of Dark Star Records and a record deal was inked soon after. Look out for "Supernova" at all major online music stores, major web retailers, and select retail stores across the US & Europe this Summer 2010!!
Advertisement