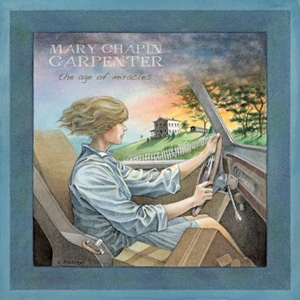 I began writing the songs for The Age of Miracles in the summer of 2007. A few months prior, I had suffered a pulmonary embolism which had forced the cancellation of all touring and performing for that year. When I suddenly had a lot of time on my hands after recovering from this life threatening illness, the inclination to look inward and try to answer the question “what now?” was fairly unavoidable.
So I started writing a lot, and as often happens at that point in the creative process, I threw out far more than I kept. But little by little, over the next few years, ideas and threads and themes and feelings and melodies started to stitch themselves together, and the soul of what would become this record began to reveal itself.
I have always made albums with the idea that each one is a snapshot of where you are in your life. That is no different with The Age of Miracles, and the title song was the first one that I finished with a sense that it was pointing the way towards the rest of the songs. It is a personal exploration of regret and resilience but also a larger, more universal expression of wonder at the times that we are living in. The references to the Apollo moon landing, Hurricane Katrina, the anguish of Jena, Louisiana, and the courageous protest of the Buddhist monks in Burma are backdrops to the message of the song, which is: we live in an age of miracles when we can still believe that they are possible. The title song ties together my own personal need to invest in optimism and hope with what I see as the world’s weary yet unwavering ability to teach us lessons of humility and grace.
There are other songs on this record that I would describe as reports from that strange and mysterious territory known as Love and Marriage; there are songs of wishing to be a bird flying above the turmoil, of seeking solace and self knowledge in quietude; of longing to match the outwardly vulnerable person to the inward believer in strength and resilience. There is a song about the very first wife of Ernest Hemingway, using her voice to look back at the lost years of the Lost Generation, just before her husband falls in love with her best friend and changes her life forever.
And there is a song about the artist and activist Chen Guang, who was profiled in the New York Times in the days just before the 20th anniversary of the Tiananmen Square massacre. His dedication to his art and his need to bear witness to the events of that time now put him in daily peril; his unwillingness to be silent is now his life’s purpose.
A few words about my co-producer Matt Rollings, my engineer Chuck Ainlay and the musicians that were gathered to record these songs: the sessions were charmed, in the way that intensely creative recording sessions can be. The energy of the core band [Russ Kunkel on drums, Glenn Worf on bass, Duke Levine on guitars and Matt Rollings on keyboards] never flagged and the generosity of ideas that flowed each day were utter gifts.
So, this is a collection of songs that blends personal tales of discovery and experience with more distant and imagined stories of one’s purpose and relationship to the universe…
In “Mrs. Hemingway,” the line goes, “there’s Sancerre and oysters/and Notre Dame’s cloisters/and time, with its unerring aim…”
All the more reason not to waste a day.

Hair and Make Up by Maria Smoot, The Mirror, Nashville, TN

To Laszlo Kubinyi, thank you for your artistry.

My love and thanks to Chuck, Matt, Glenn, Russ, and Duke for such charmed weeks. The little band that could, in fact, did.