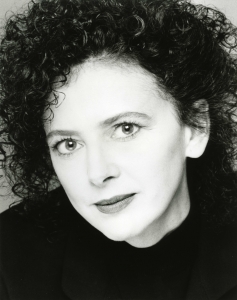 Sounds of Sirius - the Angelic Voice of Lia Scallon - Sacred Song and Meditations to Uplift the Soul.

Irish-born Lia Scallon, is a singer and sound healer now living in Australia. On graduating from Trinity College Dublin, she became an actress, sharing the stage and screen with the likes of Liam Neeson, Cate Blanchett and Glen Close. In more recent years, Scallon has found a new expression for her creative talents through her intuitive gift of sacred song and Light Language. Lia's music has a profound healing effect on many listeners, inducing an immediate sense of deep calm and peacefulness; each note and word seems imbued with the energy of pure Love. Lia's eight albums, newly available in the USA and Europe, are said to provide a joyous, uplifting and healing balm for the soul.

The Adyar Bookshop in Sydney, Australia described the CDs as, "rapturous invitations to meditation and contemplation and utterly unique." Conscious Living magazine wrote, "There is magic in Lia's voice that transcends the barriers of time and culture." And Living Now magazine said, "This music uplifts and thrills me."

Lia's music is already receiving acclaim in the USA and Europe. Zone Music Reporter USA wrote, "It is hard to believe that any terrestrial being would not respond to this sacred sighing.." Reviewsnewage.com of Spain said "Lia's voice is spectacular - it reaches right into the soul, She helps the listener to achieve a state of absolute well-being and inner peace."