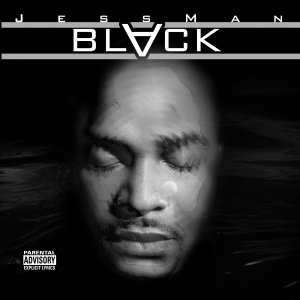 How many artists do you know who can say that they were hand-picked by legendary Music Icon, Quincy Jones, and later have their debut song be the lead single released off an album that sold over 500,000 copies before the second single was released?? And how many people get compared to Marvin Gaye, Maxwell, Robin Thick, and is said to be more musically versatile than Jamie Foxx?? The answer is JessMan! If you’re looking for the truth, he is the answer!

The debut single was called "I Don't Know" which became the song that landed a deal with PMP/ LOUD/ RCA. Quincy Jones loved the song and was unrelenting in his position to have it for the sound track for the movie, Sprung.

JessMan was the lead singer for the group known as “Next Level” and performed with the likes of 112, Dru Hill, Musiq Soul child, etc. The group remained together for several years and eventually went on to pursue individual avenues to continue their love of music and performing - this is where JessMan was born!

As the lead singer of his former group, JessMan was well prepared for the spotlight as a solo artist. He worked to cultivate a sound that he could call my own – and that came quite naturally to him as all he had to do was keep singing!

Born in Berkeley, JessMan was raised in various parts of the SF Bay Area, Calif. He started singing at the age of 6 after listening to his parents singing and dancing at home and it was at that point that his love for music began to flourish and only the sky seemed to be the limit.

As destiny would have it, JessMan found a producer by the name of Dre Griffin who had quite a track record of impressive accomplishments of his own. Having worked with talents such as, Destiny’s Child, Keisha Cole, Deborah Cox, and a production deal with LaFace Records, Dre realized that when JessMan came calling, it was an opportunity to create something special - once again!

Together they began to formulate a style that was infectious and people quickly began to respond. Having collaborated for some time now in a multi-million dollar studio nestled in Oakland that they like to call, “the lab”, they are now ready to bring to you what they call real R&B soul music.
Patrick McKenzie is an industry veteran and the Executive Producer of JessMan’s latest album. In his words, “Jess has to have one of the highest music IQ’s I’ve ever witnessed. He just gets it. He’s an amazing writer, very talented singer and he’s humble.”