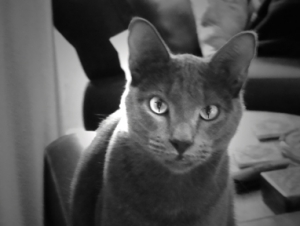 Greezy Wheels, the “Grateful Dead of Texas” and members of the Texas Music Hall Of Fame, have been blowing things up in Austin since the days of the legendary Armadillo World Headquarters, and they are still blowing it up good in 2013. Founding Greezy Wheels members - Cleve, Lissa and Sweet Mary Hattersley - considered collectively by long-time Austinites as the Godfather and Godmothers of the Austin alternative/Americana music scene, still lead the band, which includes thirteen year veteran, Penny Jo Pullus, on back-up vocals, and John Bush (Edie Brickell And the New Bohemians, Critters Buggin) on drums. John is in his sixth year with the band.

The Wheels have recently added two extremely exciting new members to the fold. Joining his former bandmate John, New Bohemians bassist, Brad Houser, brings muscle, chops and (oh by the way) horns to the section. And from the magnificent 7 Walkers, the Willie Nelson family, and many others, comes super keyboardist, trombone and harp player, Matt Hubbard. Greezy Wheels, always at the center of musical adventure, have found yet another amazing nexus for exploration.

The Wheels were one of the first Austin acts ever signed to a major label (London), and they continue to release CD’s on their own label, MaHatMa Records. Their release in 2011, ‘Gone Greezy,’ had the highest debut of the week in Americana radio and remained on the Americana charts all summer. Margaret Moser, the immensely influential music writer of the Austin Chronicle, placed ‘Gone Greezy’ in her Top Ten Best Albums of the Year in 2011, as did many folks across the country.

As the unofficial Armadillo World Headquarters House Band in the 70’s, Greezy Wheels opened or headlined first Austin gigs for the Flying Burrito Brothers, Willie Nelson, Bruce Springsteen, Jerry Lee Lewis, Asleep At The Wheel co-headlined), Willis Alan Ramsey (headlined), Alvin Crow (headlined); and dozens of others. A legend in her own right, Sweet Mary participated in some of the wildest jam sessions in the history of the Armadillo, with such as Jean Luc Ponty, Frank Zappa, Jerry Garcia, Leon Russell, Doug Sahm and dozens of others.

The band held down Wednesday nights at the equally legendary Soap Creek Saloon, where everyone from Jerry Jeff Walker to Delbert McClinton to Stevie Ray Vaughan made their bones. Greezy Wheels hosted Tequila Wednesdays for four years, until they became too dangerous for the drinking public.

The Wheels also became the darlings of the alt/country scene in New York City in the mid-to-late seventies, first appearing at the Bottom Line, but then touring regularly through the infamous Lone Star Cafe.

The band recently started touring outside Austin and Texas again, after decades away from the road. Their performance at the late Levon Helm’s legendary ‘Midnight Ramble’ in Woodstock four summers ago brought the house down, as did their Ramble appearance the following year.

There’s no denying it: “everybody juz loves dem ol greezy wheels.” And the new release, ‘’Kitty Cat Jesus,’ the final work from the retiring, yet extraordinarily talented John Jordan on bass, with first appearances from the newbies, Brad and Matt, is only going to bring more love.

Look for the band in the northeast this year, y’all!

What Folks Say About Greezy Wheels

“Gone Greezy - One of my Top Ten Albums of 2011!”
Margaret Moser, Austin Chronicle

“It would take a series of films as long and extended as the Star Wars saga to map the twisted road Greezy Wheels has taken since the 1970s. Originally a country-rock quartet led by Cleve Hattersley, they lured a fiddle player named Sweet Mary Egan away from Kenneth Threadgill and rolled into Austin music history. Playing long lost local clubs such as Bevo’s and the Hungry Horse, as well as better-known ones such as Soap Creek Saloon, they were popular enough to sell out the Armadillo on their own and appear in Austin City Limits’ first season. The Wheels continued to grow greezier, adding Hattersley’s sister Lissa and an ever-rotating cast of players still making music today. Despite the legal hassles Hattersley did time for during the 1970s and a stint living in New York City, Greezy Wheels were too squeaky to gather rust. Hattersley’s vision, having long ago left the cowboy hat behind, has seen them expand into an estimable band of quirky sound, too slippery to be defined as mere rock or pop. Their most recent releases reveal a conceptually strong band with blood ties and no intention of slowing down.”
Margaret Moser, Austin Chronicle

“The music of Greezy Wheels can feel as Eastern as India and as Western as the ‘Orange Blossom Special.' They are wry and silly and literate and proud to transcend any kind of mainstream musical labeling. They go way, way back in Austin music history, all the way to Armadillo World Headquarters days. Yet their new songs - sometimes satirical, sometimes spiritual - feel right at home in the 21st century. I'm not sure there's a song that connects more purely with the bohemian, anything-goes delight of summertime Austin than their tune ‘I Like Summer.' It's zydeco! It's the Beach Boys! It's Professor Longhair! All rolled into one. And I'm sure, if you ask them nicely, they'll play it.....”
Brad Buchholz, Austin American Statesman

"There's something really greezy about Greezy Wheels: greezy good, greezy style, greezy vibe. They just ooze greeze. They are greeze nirvana, and with the release of their 2001 cd "Millennium Greezy," they have thrust themselves back into the forefront of the greezy Austin, Texas music scene."
Stephen Veefkind, Tribal Jams Magazine

“Greezy Wheels, a band ahead of its time....”
Rolling Stone Record Guide

"It rocks, it rolls, and sometimes it does both at once. It's droopy, druggy, kinetic, clear-eyed, trad, contempo, satisfied, searching, aware, fearless. At last, true mood music for the oh-oh's."
John Morthland , Texas Monthly

"Call it post-punk folk Americana or post-modern art-house-hippie roots-rock...... Lissa's voice has the sort of post-punk authority and elasticity that fans of Ani DiFranco or Debbie Harry will enjoy. . . .The music extends to folk-inflected sounds and flat-out rockers. . . .Their signature musical nonconformity and their heyday during the punk era both inform their melange of sounds."
B.J. Huchtemann, The Reader

“Greezy Wheels, an Austin musical institution. Along with many other Texas musicians who drifted to Austin in the 1960's and '70's, Mary & the band helped Austin become the music mecca it became. It was a gas every night.....” www.honkytonktx.com