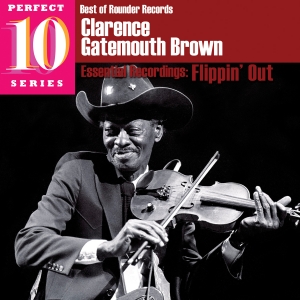 Clarence Gatemouth Brown was an American music original, bringing together blues, R&B, Cajun fiddling and big band jazz to create his unique “Texas Swing.” These recordings were made during a high point in his career, when his first Rounder album, Alright Again!, won his first Grammy® award. Here are wonderful, swinging arrangements that frame Gate’s fiery guitar and fiddle playing.

Next Time You See Me 3:38
(Earl Forrest-Bill Harvey/Songs of Universal, Inc., BMI)

Recorded and mixed by David Farrell at Studio in the Country, Bogalusa, Louisiana, 1983

Recorded and mixed by David Farrell at Studio in the Country, Bogalusa, Louisiana, 1983