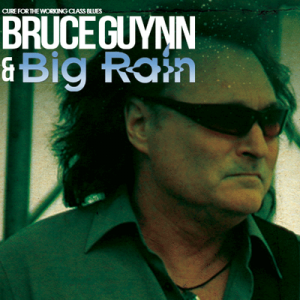 For this recording, they wanted to get back to their roots - where it all started - so they got together with their old mates from Oak Records, Chet McCracken and Doug Livingston. Although their producer died three years ago they brought him along in spirit, went into the studio, and emerged with what may be their best work to date.

After Industry Honors as Vocal Group of the Year, Nominations for Crossover Artist of the Year, several number 1’s, and consistently in the top on various music charts, their sound spread throughout the world in greater volume, landing them at 17 on the European (ECMA) Top 100 Chart. This popularity also placed Big Rain in the top ten on various Airplay Charts in the USA, Australia, and Japan.

With over 1,200 performances, four albums, five single releases, some highlights have been tours to the American Embassy in Cairo, the Shanghai International Music Festival, and concerts for the Troops in Iraq and Kuwait. While performing nonstop for fourteen years they have shared the stage with some of the biggest names in the business, and established a reputation as a great band with an uplifting sound. Their dynamic sound is built on superb songwriting and vocals.

With the release of three successful albums on their own indie label, Big Rain established themselves as a recording and performing artist with a unique and original sound. After receiving a recording contract with Ray Ruff at Oak Records, they completed their current album Big Rain.

The band completed the new album at American Recording Company with the legendary Producer/Promoter Ray Ruff, of Oak Records and one of the most successful engineer and producer teams of the last 40 years: Bill Cooper and Richie Podolor.

Big Rain features Bruce Guynn and Peter Alamo. Bruce Guynn handles lead vocals, bass guitar, guitar and keyboards. Peter Alamo plays lead and rhythm guitars vocal. Byron Bonham provides the support they need with his outstanding drumming. Also on drums and percussion is the renowned session man, Chet McCracken, who was with the Doobie Brothers for 18 years. On several occasions, Chet has received honors as Rock Drummer of the Year. Richie Podolor, one of the pioneers in surf guitar with his hooky melodic styles, and one of the top mandolin players, adds his mandolin to the mix. Richie produced the hits for Three Dog Night and Steppenwolf. He was also rated as the number two on a list of top ten producers for the decade of the 70s. Two of Southern Californias best, Doug Livingston on peddle steel guitar and Bobby Furgo on fiddle, complete the unique sound that is the album Big Rain.

Big Rain is the true definition of the working mans band. The trials and tribulations they have faced would have stopped most others dead in their tracks, but these guys stayed true to their artistic vision, and true to the music. They have done, with little resources, what others only dream about.

Each song on this album has a strong melody. Most people only find one or two songs on an album that they like. However, when you put great rhythm and groove, and heart felt vocals into a positive feeling with words that relate, you have music that might last forever. Or for as long as people have ears. People like to hear what they know, and when they hear something new they like, and it touches them, they are hooked.

That is Big Rain. They are a new sound that others have heard somewhere, but are not sure where until hearing Big Rain.
2
What's This
Advertisement