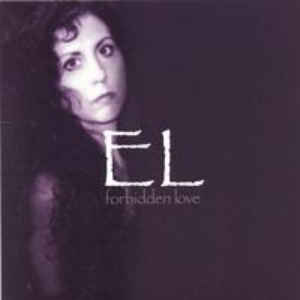 "Forbidden Love" reached #1 on the Electronic and pop charts on UBL.com

EL became a Semi-Finalist in the Ultimate Band Contest in the top 10 of the Pop Category on UBL.com

"My Inspiration" reached #2 on Billboardtalentnet radio. EL became #6 favorite artist on the site, as listed in Billboard Magazine, February 19, 2000 issue.

After being graciously invited into a film group and mentored/inspired by Movie Director, Demian Lichtenstein (3000 Miles to Graceland) The Forbidden Love short film/video has been released on Darksideoftheisland.com April 29th, 2006.

The film/video produced, written and starring EL was filmed by Director Bruce Snyder and made in collaboration with Wayne Barneschi owner of the "Trail of Terror", www.trailofterror.com

The Forbidden Love video is the first in a series of videos, photos, stories, music and journal entries that tell the tale of "Raven Mae" complete with codes and clues to the unfolding story. Watch carefully........

Well, EL's voice is an original, alright. Really different. At times sounding like a open-throated black woman, and at others, she's putting on the Bowie, strutting past store fronts like she owns the block. The latter can be applied to her short version of Grace Slick's 'White Rabbit', which is about the anti-Christ of that timid woodland creature's personality.......But for something all her own, and uneasy to describe.....is 'My Inspiration', and it's crooned like a spider singing a lullaby to a sleepy little girl. Yeah, any moment now the girl's going to wake up and scream, scream. Yet the music is gentle and contains winter beauty, while EL might remind a person of Toni Braxton's big sister. Not bad for a white girl! .....MusicDish Industry e-journal Ben Ohmart (Assistant Editor) Musicdish.com
_________________________

NY Rock Street Beat, Bill Ribas - "My Inspiration" ....big new age number, that sounds like background music in that movie where Tom cruise was trying to save a Unicorn. The cover of Jefferson Airplane's "White Rabbit," is done in a kind of Yanni meets Depeche Mode style. New age stuff ain't really for me, but it's done well here....nyrock.com